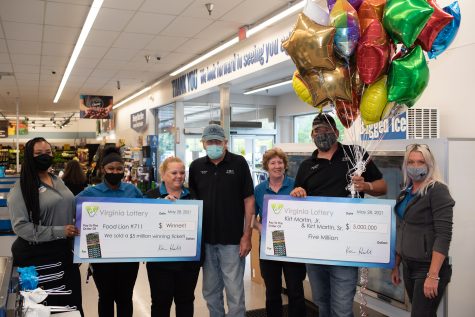 Kirt Martin, Sr., and his son, Kirt Martin, Jr., like to play Virginia Lottery games together. The two were having a good day, scratching several winning tickets, when they decided to give the 50X the Money game a try.

“We were just as happy as can be,” Kirt Jr., told Lottery officials. “I gave him a big old hug!”

They bought the winning ticket at the Food Lion at 9801 Chester Road in Chester. On May 28, they returned to the store to receive a big check from the Virginia Lottery. The store also received a $10,000 bonus from the Lottery for selling the winning ticket.

The Martins had the choice of taking the full $5 million in annual payments over 30 years or splitting a one-time cash option of $3,008,434 before taxes. They chose the cash option.

“We always said, ‘You’ll hit big once you see two commas on there!’” said the younger Kirt. 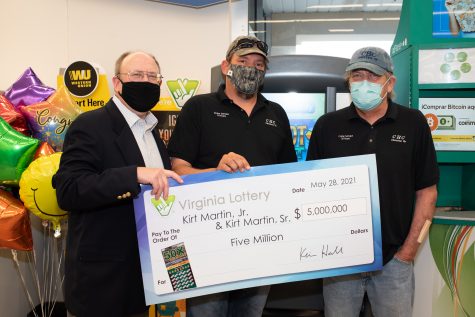 Authorized by Virginia voters in a successful 1987 referendum, the Virginia Lottery generates more than $1.6 million per day for Virginia’s K-12 public schools. In the fiscal year ending June 30, 2020, lottery customers helped generate more than $595 million dollars in funding for public education. For more information, visit the Virginia Lottery’s website: valottery.com, like us on Facebook, follow us on Twitter and Instagram, and check us out on YouTube. With all gaming, please remember to play responsibly.

Why Stay Home for Vacation?

5 Exciting and Fun things to do in...

This Democracy is NOT Working!