Urban Views
Richmond gets the market’s first car vending machine
The Grace E. Harris Leadership Institute Presents its...
President Barack Obama campaigns for Terry McAuliffie
If I test positive, what can I do...
Vaccinated or Un-Vaccinated: “If I test positive, what...
Home College Corner Is Student Loan Debt Cancellation Likely?
College CornerFeaturedMadyson Fitzgerald

Millions of students and alumni across the country regularly use student loans to finance their education, so much so that student loan holders owe over $1 trillion in debt.

What’s the issue with student loans? 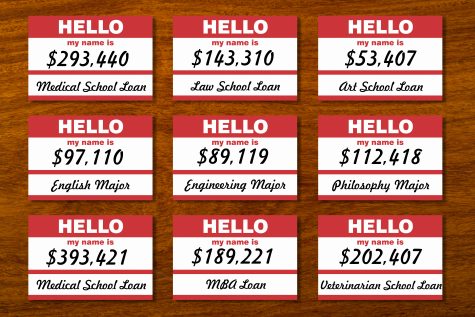 As of this year, 44.7 million Americans owe a total of about $1.71 trillion in student loans, according to data from the U.S. Federal Reserve. In the Federal Reserve System’s most recent report on the Economic Well-Being of U.S. Households, the likelihood of borrowing the most money is highest in adults ages 18 to 29.

In some situations, according to the U.S. Department of Education’s Student Financial Aid Office, federal student loans can be “forgiven, canceled, or discharged.” These plans are most often attributed to specific careers and other qualifying factors.

Despite this, the growing amount of student loan debt, paired with the increasing inability to pay it back, has been called out by various education reformists and activists. The National Group, The Education Trust, and other groups have lobbied for changes in student loan forgiveness programs, interest rates, and more.

Many borrowers are preoccupied with President Joe Biden’s most recent promise to cancel up to $10,000 in student debt for public servants. Biden revealed his plans for loan cancellation numerous times on the campaign trail, and told reporters at a press conference that, “it should be done immediately.”

There have been various proposals to cancel anywhere between $10,000 and $50,000 in student loans for each borrower, but both Republicans and Democrats have voiced their dissent.

The past few years have produced bitter debates about how much student debt should be canceled — if any at all. Many Trump-era policies blocked the possibility of student debt cancellation and other progressive reforms in higher education. Despite Biden’s promises to change some of these policies, legislators have not budged.

In April, Biden said that he had requested a report from Education Secretary Miguel Cardona that would outline the president’s legal authority to cancel up to $50,000 in student debt per borrower.

Ron Klain, the White House’s chief of staff, said in an interview with Politico that this would be the first step to creating solid student debt cancellation policies.

“Hopefully we’ll see that in the next few weeks,” Klain said, regarding the report requested by Biden. “And then he’ll look at that legal authority, he’ll look at the policy issues around that and he’ll make a decision.” 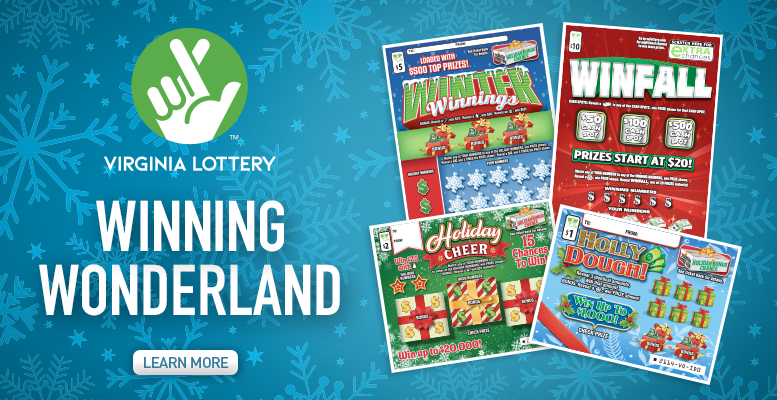 Now, with the summer approaching, there have not been any major updates in the push for student debt cancellation. Instead, borrowers and congresspeople alike are measuring its pros and cons. 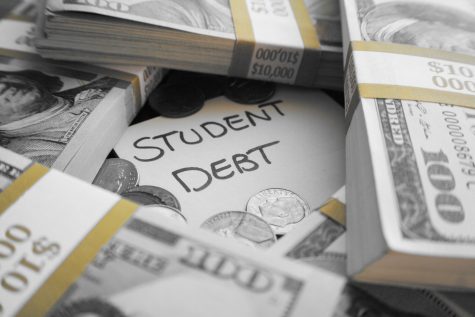 Besides the obvious relief of financial freedom for borrowers, student loan debt is said to be slowing the national economy. In fact, a study by the Federal Reserve Bank of Philadelphia found “a significant and economically meaningful negative correlation” between student loan debt and the falling rate of new small businesses.

According to a Forbes report in December, canceling student loans would also stimulate the economy through GDP growth.

Student loan cancellation could also rectify social, economic, and racial disparities present in institutions of higher education. Students of color are more likely to borrow student loans than that their white counterparts and their ability to make payments on time are significantly lower.

“The student debt crisis is absolutely a racial justice issue,” said Ashley Harrington, JD, Federal Advocacy Director, and Senior Counsel at the Center for Responsible Lending said. “For brown and Black folks, they often need to get more education to get the same salaries and positions that white folks can get with less education and that means how do they do that?”

The decrease in homeownership, marriages and long-term retirement plans could also be related to student loan debt. Having to make payments for years after graduation could be preventing borrowers from living out the rest of their lives. Relieving borrowers from some of the burden could promote a more productive society.

What Are Some Disadvantages of Cancelling Student Debt?

The 45 million adult Americans that hold some form of student loans only make up a small portion of the U.S. Not only would canceling student debt be unfair to them, but it would be even more unfair to those who have already paid off their student loans in the past. Student loan debt cancellation would be an abuse of the loan system.

Forgiving student debt would also disproportionately help wealthier college graduates. Graduate students generally pull out the most loans and would therefore earn the most debt canceled, but they are also likely to have a higher salary after graduation, making the loan forgiveness unnecessary.

Lastly, student loan debt cancellation is only a small-term solution to a larger problem. Data from the National Center for Education Statistics illustrates how the cost of higher education rises every year. Many lawmakers argue that this is the larger situation at hand, and decreasing the cost of attending college would dispel the need for student loans.

“To me, the free or debt-free college proposals hold more weight [than loan forgiveness], as they address the illness itself rather than just the symptoms,” said Betsy Mayotte, president and founder of the Institute of Student Loan Advisors.

“Don’t get me wrong — if we could find a way to do both, we should — but reducing the debt consumers have to take out in the first place would be the thing that would have the longer-lasting benefit to the economy.”

Breakfast with a Powerful Punch