I believe The Reverend Dr. Martin Luther King, Jr.’s words from the past are still true and relevant today: “Peace is not the absence of war, but it is the presence of justice.” The recent international 5th Rally of Hope was sponsored by the Universal Peace Federation, an NGO organization with consultative status with Economic and Social Council of the United Nations.

The global virtual Rally of Hope reached over 320 million people on more than 4oo digital platforms in addition to print, TV and radio media coverage on February 27, 2021. World leaders from Asia, Africa, Europe, North and South America issued a united call for peace throughout the world.

Dr. Hak Ja Jan Moon, co-founder of the Universal Peace Foundation delivered a major address at the Rally of Hope under the theme “Building Partnerships for Peace based on Interdependence, Mutual Prosperity, and Universal Values.”

Mark Phillips, the Prime Minister of Guyana, in his address, asked and answered a pertinent question: “What does a future buillt on peace look like?” It is when “World leaders, decision-makers, and even religious leaders joining to collectively plan and develop ways to respond to the requirements of peacebuilding…. and building strong partnerships.”

It was the President of Cape Verde, Jorge Carlos Fonseca, as an African leader respected throughout the continent of Africa, who made a direct response and applicable observation that was aligned with the enduring legacy and memory of Martin Luther King, Jr. President Fonseca emphasized, “More than just the mere absence of war, peace, as a value and as an asset, is a blessing that is achieved through tolerance, solidarity, and respect for people’s differences…. I believe that in order to build a better world, to strengthen democracy and encourage citizenship, it is not only the economy that is important, values are also fundamental and … change must begin now.”

Amidst the continuing international spread of the COVID-19 pandemic, it was important that global leaders did join together virtually to commit leadership, resources, and a focus of social justice, health justice, economic justice, and global partnerships to strive for peace throughout the world.

Speaking on behalf of the Black Press of America, via the National Newspaper Publishers Association (NNPA), I know that the Rally of Hope was timely and a much needed event. Now the work of making-peace and justice-seeking should accelerate in all the nations that participated in the Rally of Hope.

The pendulum of history is now swinging steadily in the direction of millions of people throughout the world who are crying out for freedom, justice, equality, equity, empowerment and peace. It is strategically wise, therefore, for world leaders not only to hear the cries of their people, but also to respond in a manner that ensures both justice and peace.

I remain optimistically hopeful because here in the United States, millions of people at the grassroots level are organizing and building effective movements and engagements for equality, justice and peace. Dr. King’s concept of a “Beloved Community” is more relevant today than back in the 1960s. 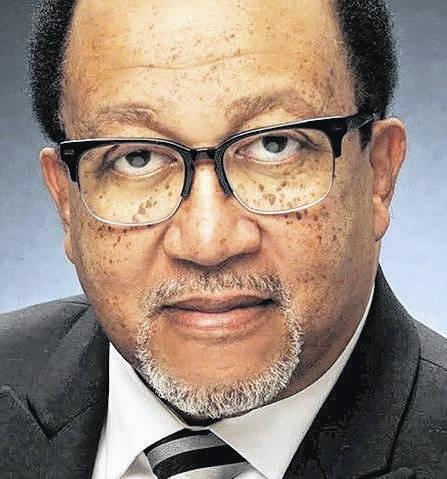 Dr. Benjamin F. Chavis Jr. is President and CEO of the National Newspaper Publishers Association (NNPA) and is Executive Producer and Host of The Chavis Chronicles (TCC) on PBS TV across America.

“Cutting off your nose to spite your face!”

How diverse is your fundraising?