“Cutting off your nose to spite your face!” 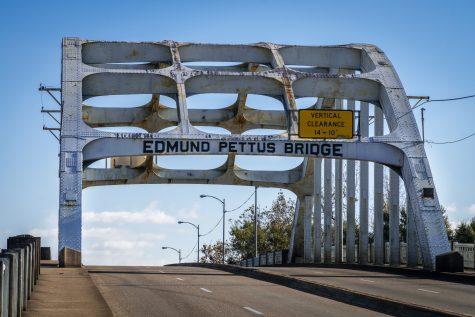 If you took that expression “you’re cutting off your nose to spite your face” literally, not only would you have a severely disfigured face, but you would also not be able to breathe without ingesting dangerous and harmful particles into your mouth, throat and lungs. It would be both painful and inconvenient for sure, but it could also make you look less attractive than you once were. Why would you want to cut off your own nose? Recently, writer and policy wonk Heather McGhee’s new book “The Sum of Us: what racism costs everyone and how we can prosper together,” brings that question into clear focus. McGhee uses a less gruesome metaphor in her book to explain the deficit we all suffer as a society because of racism, which is quite literally a public health crisis in our country.

McGhee uses the “drained swimming pool” metaphor whereby upwardly mobile and middle-class white communities, built community swimming pools in their neighborhoods and sub-divisions in the mid 20th century. These public pools were symbols of prosperity and emblematic of the so-called “good life” which was full of well-earned representations of leisure time, relaxation and enjoyment. They were used as selling points for community development throughout the 20th century until these new homeowners in these upwardly mobile white communities were told that they had to integrate their communities by federal law. Suddenly, in massive resistance to integration, these communities drained their swimming pools all over the country, particularly in the south. The proclamation being if we have to allow Blacks to swim in our pools we would rather just drain the pools dry! So, Nobody gets to swim! Period! Everyone loses, and nobody gains anything but frustration and anger over looking at an empty pool during the hottest days of summer. All because of racism.

This is not unlike shutting down public schools rather than obey the law that said segregation in public education was unconstitutional. It was a self-defeating form of exclusion. This determination not to share resources is openly practiced, even when the result is that everyone suffers in the end. Heather McGhee argues that white Americans have been stuck in this “zero-sum gain” cycle fundamentally since the country began. It is the legacy of slavery. There is this belief in the ethos of white America, that any gain made by another group must of course be at the expense of whites. They have been immersed in this belief, however false it has been proven to be, that any gains made by Black people means that white people must be losing something in the process. When McGhee interviewed people for her book, she found that many whites believe that anti-white bias is much more prevalent today than anti-Black bias. This is a prominently held belief no matter how much evidence there is to the contrary. This type of thinking (zero sum) has historically benefited only the few while making things much more difficult for everyone else and limiting our potential to benefit the whole of society. The whole society being ALL of US.

Clinging to this doctrine steeped in racism and white supremacist thinking, has created the cycles of resistance, protest, and struggle. The small steps forward are thwarted by the giant steps backwards that we take as a nation. Last Sunday was the 56th anniversary of Bloody Sunday when the Late Representative John Lewis and many other activists and organizers marched across the Edmund Pettis Bridge in Selma, Alabama demanding the right to vote. His struggle along with countless others over the years and decades finally broke the will of the U.S. government and President Lyndon B. Johnson signed into law the Voting Rights Act of 1965. Sadly, in 2013, the Supreme Court invalidated a key part of the law. Justice Ruth Bader Ginsberg in her dissenting opinion said that the legacy of Dr.

Martin Luther King, Jr and the nation’s commitment to justice had been “disserved” by the Court’s decision. Black Americans and other disenfranchised groups were once again in the struggle for the constitutional Right to Vote. The cycle of resistance, protest, and struggle with small steps forward for every giant step backwards continues.

In 2020, due to the extraordinary efforts of organizers all over the country we had more Americans cast their ballots than ever before in history! And now in 2021, more than 45 states are considering over 280 new laws to restrict access to the ballot box. The most restrictive laws are in communities of color, Black and brown communities. Ultimately, 56 years AFTER the Voting Rights Act was written into law, we are STILL fighting for the Right to VOTE in America!