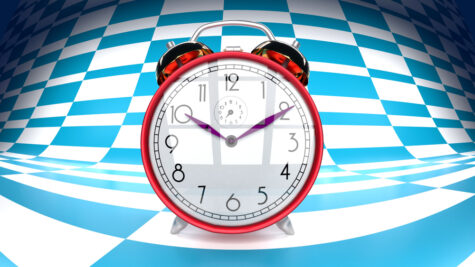 We are living in a time where people seem to have lost the ability to demonstrate simple basic decency  and civil decorum. “Please” and “Thank you” are rarely spoken out loud. Perhaps because we’ve been “masked” and social distancing for several years now, no one feels the need to extend the courtesy to greet one another with a simple “Hello” or “Good morning.” Our manners have left us, and we no longer care what others may think of us or what impact our behavior may have on them. Things have gotten so bad that the rights of gun owners are more precious than the lives and the physical and emotional well-being of our children. With the rising cost of fuel, food, and shelter there’s also a rise in crime and an overall sense of dis-Ease as we all go about our daily lives.

Our politics and civil discourse have become increasingly coarse and rude. The language that used to be relegated to private spaces, and backroom bar brawls because it was not appropriate for public consumption or for children due to its foul, and expletive laced banter is now widely spoken on television and in public as if its common usage validates it as acceptable and fully embraced by society. I mean where’s the Federal Communications Commission? Our institutions are no longer held in the high esteem that they once were, and the public has demonstrated that they do not care about the separation of powers or the checks and balances that are imbedded within the Constitution.

The system of governance that makes the United States of America a democratic republic has become tainted and stained by the broad brush of politics. Not only did an angry mob attack the U.S. Congress and attempt to stop the peaceful transition of power from one administration to the next with corrupt intent, but the Supreme Court of the United States has been disgraced by the soap opera like escapades of an Associate Justice’s wife. The high court has lost the position of esteem it once held. Corruption reigns within the Court as the Chief Justice says nothing. All of this is happening under a cloud of dread and a recognition that an American President has attempted a coup and literally directed his followers to attack the nation that he swore an oath to defend. On top of all of that, elected officals of a single party have decided that they will lie and defraud the American people while holding up a completely debunked fallacy that our current President was NOT legitimately elected and is the rightful leader of this nation.

It feels as if our nation is in rapid decay and our children are watching. What will history record about these days and times? What will our legacy be? How will they know what is the truth and what is a LIE? This is indeed a peculiar time. There are millions of people willing to support a man who has been proven to be a liar and a charlatan. A man who boldly lies to their face and who has absolutely no sense of shame. White evangelicals have begun worshipping a man rather than the God they claim to love. Our leaders who KNOW that the people have been deceived refuse to say so and their silence is keeping the endless cycle of lies churning. There is no virtue or courage in their leadership, only cowardice and complicity.