Do we have a Democracy of NOT? 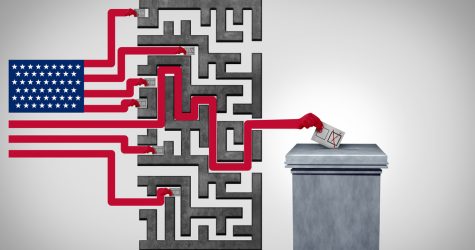 Since its founding, the United States of America has been a “work-in-progress”. As a nation, we have been attempting to become a representative democracy since our founding, wherein all Americans are included in the process of self-governance. Fundamentally essential to that process is the right of every citizen to vote and to have unfettered access to the ballot box. It’s been almost 60 years since the passage of the Voting Rights Act of 1965, a comprehensive piece of legislation that removed barriers which historically disenfranchised the Black vote, particularly in the South. With voter intimidation, voter suppression, poll taxes, literacy tests, and other legally enforced barriers, Black citizens were effectively blocked from participating in free and fair elections. These impediments continued to make Black Americans second class citizens, obstructed, and denied the right to exercise the most important responsibility of full citizenship, the freedom, and the right to VOTE.

Why are we still fighting the same battle almost 60 years later? In June of 2013, the United States Supreme Court determined that it was unconstitutional to use the “coverage formula” in section 4(b) of the Voting Rights Act to determine which jurisdictions are subject to the preclearance requirement of Section 5 of the Voting Rights Act in Shelby v. Holder, 570 U.S. 529 (2013). This ruling by the highest court in the land effectively gutted the Voting Rights Act of 1965 and left it bleeding on the floor. Since that historic ruling reversing years of precedent allowing individual states to begin to reinstitute new barriers such as gerrymandered districts, purging voter rolls, creating new laws demanding certain types of identification to vote and excluding other types, closing polling sites in Black and brown communities, decreasing hours, times and days in which voters must cast their ballots, and even challenging the process of mail-in ballots. All these strategies were impediments to the ballot box and served to disenfranchise the vote of Black people once again in America.

Today we have an all-out battle to suppress the right to vote! The U.S. Congress is STILL debating voting rights in 2022. The GOP has blocked voting on or even debating the John Lewis Voting Rights Advancement Act of 2021. This is not without the help of certain Senators who call themselves democrats and (let’s be clear) there are also moderate republicans who should be standing up for this legislation as well. Voting Rights should NOT be a partisan issue. Voting Rights is an American birth right! It is a part of our patriotic duty to cast our ballot. This legislation would restore and strengthen parts of the Voting Rights Act of 1965 that the Supreme Court decision of the Shelby County v. Holder struck down. That singular decision opened the flood gates of voter suppression laws which immediately restored “states’ rights” language across the nation.

Another piece of legislation that was introduced in late 2021 is The Freedom to Vote Act. This piece of legislation was a direct response to the wave of restrictive voting laws and election sabotage efforts taking place in state legislatures all over the country after the presidential election of 2020. WHY? Why are we STILL questioning whether the “Freedom to Vote” is inextricably tied to the function of a nation that defines itself as the “world’s greatest democracy?”

Millions of American citizens have shed blood and lost their lives in the pursuit of the Right to VOTE. The cost in lives and treasure has been immeasurable. America is NOT a democracy without the full participation of its citizenry in the process of self-governance by exercising the right to vote. It should not have to

be said, and yet it does. The Freedom to Vote Act is necessary and historic legislation to strengthen American democracy, promote racial justice and equity for all Americans, and to arrest the all-out assault on voting rights that is taking place in the country.

Americans are going to have to decide whether we are committed to equality and justice for ALL or NOT. If voting rights are not vociferously protected and strengthened, this country will no longer be able to claim its greatness in the world. The Great American Experiment will become a dismal and dystopic failure.