When we Know Better…we should do better 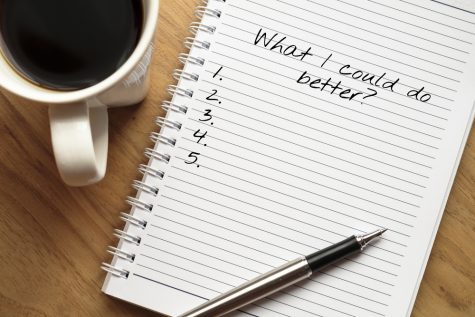 What do children need to be happy? According to many child psychologists, children need both affection and structure to develop into secure, happy adults. But if parents can only provide one, it should be structure. Of course, there are many variants when considering this rationale when talking about raising happy, secure, and well-adjusted children. Regardless of your opinion, it’s pretty basic to acknowledge that children need affection and a sense of structure to develop into well adjusted and secure adults.

The “right-to-life” movement should train their attention and efforts on this if they truly care about the lives of children. As citizens we should be up in arms demanding our government use all its resources to change this policy and facilitate the immediate reunification of these minor children with their parents and guardians. These children’s lives are at stake. The psychological damage that has been done to them will take a lifetime to address, and the longer we continue to ignore or quietly comply with our government’s current policy, practice, and procedure the damage to these young children continues.

In this holiday season many of us were with our own families. We had the opportunity to spend time with our children and our grandchildren giving them focused time and energy. We showered them with love and affection wrapping our arms around them holding them close. Chasing young children around, picking up toys, wiping noses and kissing “oowees” to make everything all better can be exhausting, but it is also necessary when ensuring that our children are happy and secure. And isn’t that what all parents want for their kids?

Any one of us would do anything within our power to protect our children and if we were forced to leave our homes to do that, we would not hesitate. The traumatic migration from Central America and Haiti is an example of this truth. When your choices are either bad or worse than bad, you will choose the lesser of the two. The desperation of these migrant parents and their determination to protect and save their children in hopes of giving them a better chance at life is no different from any other parent or grandparent anywhere in the world. Just because the media has stopped covering the “situation at the border” doesn’t change the urgency of now that is still prevalent there. When we know better, we must DO Better.

As we enter the New Year, we are still facing so many challenges as a nation. We have lost over 837,000 people to the deadly COVID pandemic, the effects of climate change are becoming increasingly more pronounced as we suffer cataclysmic weather events with devasting consequences. The fact that our nation’s unhealthy relationship to guns and gun violence has risen to the level of a public health crisis with our children being killed in their classrooms at school and

mass murder with military assault rifles has almost become common place in our country makes American exceptionalism relevant on an entirely different level. Our 245-year-old Democracy is under attack, and we have yet to get to the bottom of the failed insurrection and attempt to undermine the results of a free and fair election. The world has labeled the United Sates a “declining” Democracy and the Supreme Court of the Land has lost its judicial imperative by becoming clearly and unabashedly political in its rulings and opinions. So much to contend with as we move into a New Year. We cannot allow ourselves to become complacent or so overwhelmed that we are paralyzed into doing nothing at all. Let us commit ourselves to ACTION because it’s the only way out as we move forward together. #2022Goals