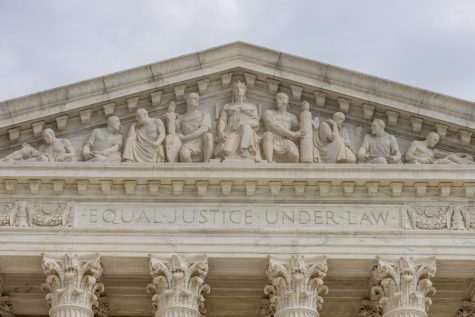 “Equal Justice Under the Law” is written above the main entrance to the Supreme Court building in Washington, DC.  These words literally mean that the government and its leaders must obey the law. It means that there is no one who is allowed to be above the laws of the United States or outside of the reach of the justice system. This fundamental value called “equal justice” is enshrined in the U.S. Constitution and the writers of that document intended that we would have a nation and a government ruled by laws and not by men. In the United States of America, the ideal called “justice” remains for many Americans, an elusive and mostly unattainable value whether in practice or even as an aspiration. Too many people have never experienced equality or justice living in the United States of America and the onslaught of current trials, investigations, and numerous completely ignored Congressional subpoenas is evidence that our system of justice in America is far from equal or just.

How do we contend with this schism, this distortion and contamination of justice and law and still maintain our determination to hold this nation accountable while it continues to be in complete contradiction of its own principles and ethics? How we do this, is less clear than the fact that we MUST do it! We must keep hope alive. We must demand that our leaders and our government do better in applying both the “letter of the law” and the spirit of “equal justice under the law” to ALL people regardless of race, class, ethnicity, religion, gender, sexual identity, national origin, immigration status or political affiliation.

Right now, the law and the justice system are infected with systemic and institutional biases that make it both ineffective and unjust. The system works much more effectively to protect and defend those who are wealthy, white , and guilty than those who are poor, not white, and innocent. We have a system that criminalizes both race and poverty while using a plethora of loopholes to excuse and defend the “privileged” through endless delays, appeals, slight-of-hand deflection and distraction, and legal “trickery” to ensure that justice is never visited upon them. They elude and skirt the justice system because they can. They have both time and resources to do so. And all of this while literally millions of poor Black and brown people sit locked up in the system without the ability or resources to challenge the inherent biases within the justice system itself.

There are two murder trials happening concurrently, one in Georgia and one in Wisconsin. The first is the trial of three white men accused of stalking and killing a young Black man named Ahmaud Arbery and the other is the trial of a young white man accused of murdering 2 Black Lives Matter activists (who were white) and wounding a third man who is also white. All of these murders and the two subsequent trials have received national attention due to the racially charged climate in which we are actively engaged. The murders took place while the nation was under-going the “so-called” racial reckoning of 2020. Many Black scholars, political scientists and commentators are not holding out much hope for “equal justice under the law” with respect to these two trials. In fact, most believe that the defendants will serve little to no time in jail for their crimes. In Georgia there is a mostly white jury and in Wisconsin, there is an all-white jury (save one Black juror) in a community where Black people are in the majority. The process tainted and racially charged even before opening arguments in both

trials. Many have commented on the openly biased and hostile nature of one of the judges in disallowing the murder victims to be referred to as “victims” while simultaneously allowing the defense to call the Black Lives Matter protestors “rioters, looters and arsonists.” The antics of the judge in the Wisconsin trial have raised eyebrows even in judicial circles. In any case, if you changed the racial composition and the killer for these two trials to a Black or brown man instead of a white man, ask yourself would the outcome be as uncertain as it is right now? If you are at all connected to reality, your answer would undoubtedly be …? That is why “Equal Justice Under the Law” remains as ellusive as it ever was.

Add Grapes to Your Holiday Gatherings