What is NOT being Taught in Schools 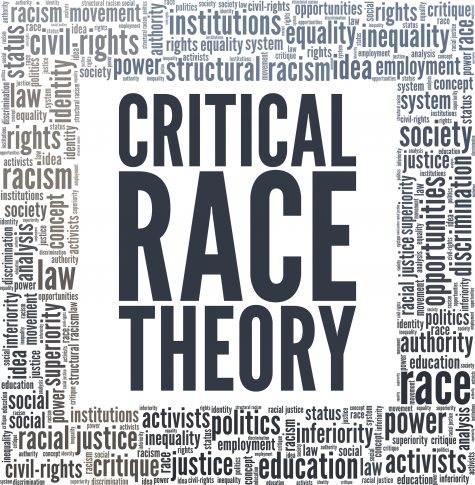 The newest Boogie Man released into the ethos of public discourse by those who traffic in fear mongering, white resentment politics, and racial divisiveness is the argument over Critical Race Theory (CRT). These political operatives have decided to use the outcry for racial reckoning and truth telling about American history to muddy the waters with claims that our schools are being unduly inundated with discussions about race and racism. They claim that public school curricula all over the country are broadly adopting the teaching of America’s history regarding its non-white citizens using a methodology called Critical Race Theory (CRT) and they are overrunning school board meetings with shouting matches and even violent encounters to beat it back and have it permanently removed from their schools.

The problem with believing in the Boogie Man is that he doesn’t exist. Just like this fake symbol of fear and terror, the teaching of Critical Race Theory in the public schools across America is FAKE. Critical Race Theory is a highly complex and intricate theory that is only taught in university education. Additionally, it is predominantly taught in graduate level courses and those courses are usually tied to law schools or courses taught in law school. NO one is teaching CRT in public schools, even in AP classes! So, the claims that CRT is destroying the self-esteem of white children all over the country by making them ashamed of being white is absolutely FALSE.

What happened to the belief that “The truth shall set you FREE?” Instead, AMERICA has been in denial of the truth of its origins as a nation for generations, from the stolen lands and attempted genocide of the Indigenous Peoples, to the building of its wealth through the enslavement of African people over centuries of Chattel Slavery, to the terrorism of Jim Crow laws for decades, and institution of the Black Codes creating a segregated and unequal America over the centuries. Teaching the truth of our history as a nation inclusive of the history of ALL people is NOT teaching CRT at all. Teaching our nation’s complete history is the act of shining a bright light on the TRUTH, even when it is difficult to look upon. What we do when we embrace the truth is to teach our children the fullest and most accurate history we can. This will enable our children to be more equipped to face the problems we currently have as a country and will inspire them to work harder to build a more equitable future for themselves and for one another.

White fragility and white privilege has distorted the truth of America’s history since its foundation and now this newest “dog whistle” calling for the removal of CRT from our schools and our political discourse has completely RE-invented and Mis-characterized not only the truth of what CRT is and where it is and is NOT taught, but it has whipped up white resentment and white rage using falsehood and lies. This type of incitement is extremely dangerous and feeds the fires of white extremism, fear and outrage. Our history has demonstrated that racial animus creates a type of mob-like mentality that leads to destructive and dangerous behaviors and People of Color are historically the targets and victims of this type of outrage and anger. We have many historic events like the Clinton

Discussing and teaching our national history and the long embedded racial inequities and institutional practices that have elevated and privileged one racial group above all others is NOT teaching Critical Race Theory. NO. It is being critical of racism and racial entitlement. It is teaching the truth…and the Truth is NOT a Theory.