The Cost of Being a Woman 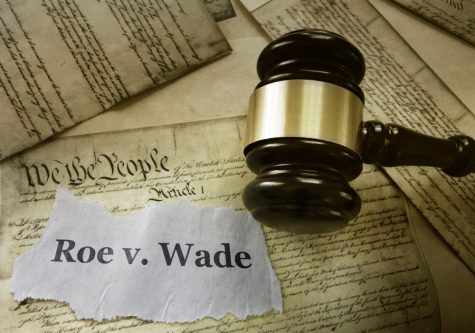 Hurricane Ida has caused devastation across the entire state of Louisiana and parts of Mississippi. Various other states felt Ida’s wrath before the hurricane turned into more of an intense weather system proceeding to wreak havoc all the way up the eastern sea-board from Maryland and Philadelphia to New Jersey and New York. Many lives have been lost and billions of dollars of property destroyed. The costs to rebuild will be historic in proportion.

COVID-19, with the rise of the Delta variant, has the frontline workers and healthcare systems overwhelmed in states where the vaccination levels are particularly low and where political posturing threatens the health and safety of our most vulnerable population. Our children, who are too young to be vaccinated, continue to fall prey to the outrageous actions of the adults, mostly men, who control government, policy, and response.  There are still thousands of children living in untenable conditions, incarcerated as if they have committed serious crimes, being kept separated from their families, interned in places that resemble “concentration camp like” settings along the southern border of the U.S. And these lawmakers claim to be “concerned” about the children, especially the “unborn”?

Now, the Supreme Court of the land refuses to stop yet another attempt to take control of women’s lives and bodies by the men in power in the state of Texas, who intend to step over established law and criminalize what to this point has been a protected freedom of choice between a woman and her doctor. Under the guise of protecting the lives of the “unborn” these legislators have completely undermined, if not all but destroyed, a protected right established in law almost 50 years ago. Men who have never had to face the awful predicament of an unwanted pregnancy. Men who have never been pregnant and never will be. These legislators have never had to deal with the devastating possibility that their life’s goals, plans and dreams will no longer be possible, or that the act of rape or incest created a situation that causes many women to remain in a state of trauma. Just because the woman is not a man who is able to walk away without cause or effect, the privileges of his maleness gives him the right to take away all of her rights to choose what she wants to do with her body and her life.

In Afghanistan, women and girls are living in absolute terror right now after the United States has officially evacuated the country leaving the Taliban and the newest iteration of Isis to rule that nation. In the last regime, before the United States’ occupation of 20 years, women and girls were brutalized, repressed, raped and murdered at the will of the men who were in power. It was illegal for women to be educated or have any type of autonomy over their lives or their own bodies.

The retrogressive Texas abortion law does not criminalize abortion itself; however, it allows private citizens to sue abortion providers and anyone who facilitates or aides a woman in obtaining an abortion. In this way these lawmakers hope to use their power, the power of intimidation, the danger of legal prosecution, and financial liability to disrupt and destroy a woman’s right to safe and legal access to abortion services. They intend to deny women the choice to end a pregnancy in consultation with her doctor, medical advisor and or her own family. This choice has been guaranteed to women since 1973 and it is no longer the case in Texas. Additionally, the U.S. Supreme Court refused to intervene on behalf of women and the established law.

Now the same people who claim their intention is to “save the children” while so many children are out-of-sight-out-of-mind on the border, and in our schools, left unprotected by anti-mask, anti-vax zealots who now and always have wanted to  control women and women’s bodies, can claim this victory over the

established law of the land which was won by landmark historic decision in 1973. Roe v Wade is indeed in serious trouble, as the Texas decision by the Supreme Court will give many other men in many other legislatures around the nation incentive to do the same.

Isn’t it ironic that “My body! My choice!” is only given legitimacy when they shout it about masks mandates and vaccination protocols in front of our schools or city councils? Women all over the world have been screaming those words for decades… and at least in Texas right now they have re-written the expression to say, “It may be Your body, but it’s MY choice!”

A Simple Yet Delicious Weeknight Dinner