Urban Views
Richmond gets the market’s first car vending machine
The Grace E. Harris Leadership Institute Presents its...
President Barack Obama campaigns for Terry McAuliffie
If I test positive, what can I do...
Vaccinated or Un-Vaccinated: “If I test positive, what...
Home Featured Bon Secours Richmond Community Hospital recognized as one of the Most Racially Inclusive Hospitals in the United States
FeaturedFeatured News 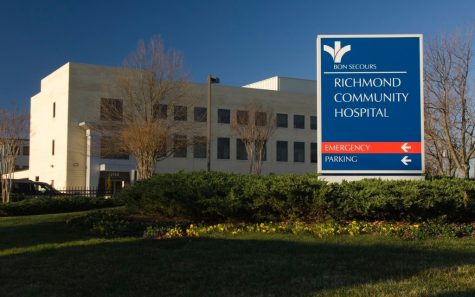 Bon Secours Richmond Community Hospital was recently recognized as one of the top 50 most racially inclusive hospitals in the United States. The hospital was ranked 47th in an analysis of more than 3,200 hospitals across the nation by the Lown Institute, an independent health care think tank.

“Bon Secours has always been committed to providing equitable health care and good help to those in need. Our work does not stop here. We will continue to compassionately serve the communities around us as we ensure that our services are accessible to any and all,” said Bryan Lee, president, Bon Secours Richmond Community Hospital. “We are deeply honored that Richmond Community Hospital has been nationally recognized as one of the most racially inclusive hospitals in the United States.”

The Lown Institute analysis ranks hospitals by examining the demographics of Medicare claims and comparing how closely the demographics of a hospital’s Medicare patients match its surrounding community area. In the top 50 most inclusive hospitals, people of color made up 61 percent of patients on average, compared to 17 percent at the bottom 50 hospitals. According to the Lown Institute, “Hospitals received higher scores if they had higher patient counts from zip codes with greater proportions of patients who identify from racial/ethnic groups compared to their community area.”

“We are proud that Bon Secours Richmond Community Hospital medical staff and associates not only provide superior care, but that the care provided is accessed and utilized equitably,” continued Lee, who also serves as president of Bon Secours St. Mary’s Hospital.

Richmond Community Hospital was founded in 1907 by 21 African American physicians. One of these physicians, Sarah Garland Jones, M.D. was the first woman to pass the examination by the Virginia Board of Medicine. The facility was acquired by Bon Secours in 1995 to ensure the facility’s survival as a life-saving anchor in the East End. Richmond Community Hospital is a 104-bed facility that includes a 40-bed unit for acute psychiatric treatment and stabilization.