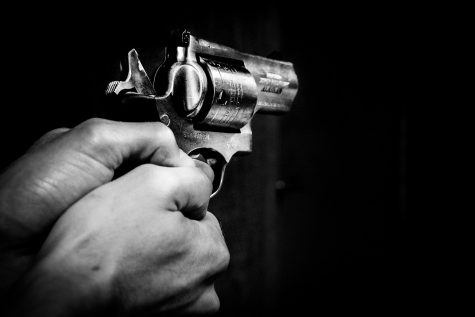 The United States of America is one of the greatest countries in the world. And it most certainly has been a significant example for democracy and the democratic process around the globe.

Even with all of its flaws and blemishes, the USA remains a grand experiment with an unlimited potential. However, what is also undeniable is that the United States has a history that is rooted in sexism, racism, xenophobia, patriarchy, and white supremacy from its founding. This is an historic legacy that many people have attempted to “glorify,” or erase, to recontextualize, re- envision, and exclude the narratives of all of the diverse groups of people whose lived experiences created that history in the first place.

Although the history that we have been taught throughout our educational journey from preschool to higher education has included the History of the United States, the perspectives written within that history have not always contained, what can be called the People’s history. The story of our nation has always been well documented, physically and psychologically imprinted on the minds and psyche of millions and millions of people for generations. Some who began here on these lands before the Europeans came, and others who came here by choice, while still others arrived in bondage or enslaved.

The people who were the “explorers” of European ancestry and arrived as explorers and colonizers “looking for a better life” literally wrote that history on the lands and bodies of the Indigenous people first, then on Black and Pan African bodies, and further on Latinx, Asian, and Pacific Islander peoples. These colonizers were the first immigrants and yet as others came to make their claims, those first immigrants persecuted the new arrivals demeaning their origin, accents, names and religion. They targeted and oppressed Jews fleeing persecution and certain death, created fear and disdain for Muslims and other people whose religious freedom and beliefs were not rooted in the tenets of the Judeo-Christian ethic. From the beginning, there was a plague in the land, and it has endured for over 400 years in America.

Last week, that plague struck again when another white man infected and swollen with, racism, white supremacist hatred, fueled by white male entitlement, resentment, and misogyny  walked into multiple places of business owned and operated by Asian Americans and shot dead 8 people, 7 women and 1 man. Six of the women were either Asian immigrants or Asian Americans. These women were mothers, some were grandmothers, they were daughters, sisters, and friends. The man who was shot and killed was working as a handyman at one of the targeted spa locations. Another man was injured and is expected to recover.

Now, unless you have been in a deep sleep or intentionally practicing the type of oblivion that keeps your head buried in a hole like the ostriches, you would have noticed the escalation of anti-Asian racism, hatred, and violence over this past year. This was particularly highlighted by the racist rhetoric and xenophobic vitriol of the last administration. The hate speech infected the public airways, media and social media outlets. The former POTUS used the power and legal authority of his office and the U.S. government to promote a false narrative demonizing Asian, Asian American, and Pacific Islander people and their communities, while placing the blame for the catastrophic manifestation of COVID 19 on them. As shameful as that is, it is not a new phenomenon in the history of the United States of America.

In 1882, President Chester A. Arthur signed into law the Asian Exclusion Act which suspended Chinese immigration for 10 years and declared Chinese immigrants ineligible for naturalization. Again, in 1924 The Immigration Act was signed into law. This limited the number of immigrants entering the country and created a quota system, however, the law completely excluded immigrants from Asia. And the Japanese internment camps were established by FDR during

These are historic facts. This nation has a lot of reckoning to do. If we are to live up to our promise and become a truly great nation with freedom and justice for ALL, we must be courageous enough to face our past, because with truth comes accountability. And only then can we build our future together. #StopAAPIHate

A Mind is a Terrible Thing to Waste