The State of DENIAL 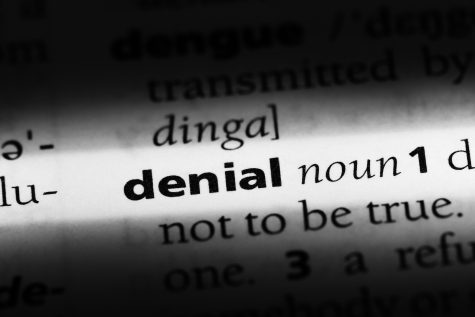 When you are a child, you think childish thoughts, and behave in childish ways. It is expected that children cannot deal with reality and that they live in a world of “magical thinking” where they can consistently refuse to deal with hard truths or even FACTS. Children often live in a world where fantasy is more like reality than reality is. They choose to believe in their fantasies and with their expansive imaginations, their “real-life” and the real world is a fantastical place where life is exactly how they want it to be.  There are NO consequences in this so-called “real world” of storybooks and fantasy. But in the Actual REAL World, where mature adults live, children are protected from the consequences of living “as if” they were in a fantasy where gravity doesn’t exist, and days are always sunny and filled with balloons and lollipops. They are protected because they are children. But as they grow, they are taught that fantasy and reality are not the same things.

When children begin to grow into adults and still cannot effectively make the shift to understanding, recognition, and discernment of what is REAL and what is fantasy; when they cannot distinguish between truth and falsehood, they are designated as delayed or stunted in their growth and maturity. The inability to properly discern truth from falsehood, and what is real versus what is fake often makes them a danger to themselves and to others. This state of denial seriously impacts their ability to successfully function in the real world as adults.

Now it is true that some children are diagnosed with learning disabilities or mental and/or emotional challenges which cause them to be unable to become fully functioning independent adults. These are people who are differently abled, and this conversation is not about those individuals. This conversation is about the State of Denial as a dysfunctional condition of our current political discourse in the United States, and the adults who are choosing to live in an alternate reality instead of the real world.

By the conversations erupting all over the media, amongst pundits and politicians following our national elections, it appears that America is in a state of denial about what is true and what is false. What is reality and what is fantasy? As many people stand stunned and appalled by the current political discourse contemplating whether or not the elections were free and fair, and whether or not there is a clear and declared winner, America continues to hold its breath.  By most accounts in the United States and throughout the world those are NOT the questions we need to ask. The question is why are so many people including media outlets, public organizations, and even elected representatives continuing to entertain the offensive, disruptive and utterly unsubstantiated claims of “election rigging” and fraud that are coming from the White House and the man who is its current occupant? This is NOT a reality-TV show. This is reality! And yet, these public officials and leaders continue to “humor” the president and make adjustments to accommodate the fantastical and false claims that pretend the outcome of the November 3rd elections were inconclusive and uncertain because of widespread cheating. The TRUTH is that, without equivocation, Joseph Robinette Biden and Kamala Harris are in FACT our new President and Vice President Elect and REALITY dictates that they will be assuming leadership at 1600 Pennsylvania Avenue on January 20, 2021, at noon.

Let us STOP discussing all of these fictitious TV show type scenarios! We don’t have time to go to fantasy island with the president! Our nation is in peril and too many people are dying daily. Too many people are struggling to pay rent and put food on the table. We are the worst country in the world at handling the COVID crisis because of lack of national leadership. This is REAL. We need grown-ups to take over now. We do not have time to play games with anyone, including the president and all of his cronies who support this nonsense. STOP talking about him and let us march on towards a new year and new leadership as we struggle together to save our country and its citizens.

Not One Crumb Left