Many nonprofits depend upon major gifts, and they depend on their development staff to secure those gifts. Some have a list of major gift prospects. But a list doesn’t mean you will receive major gifts: it’s the successful few who unlock the power of those prospects. 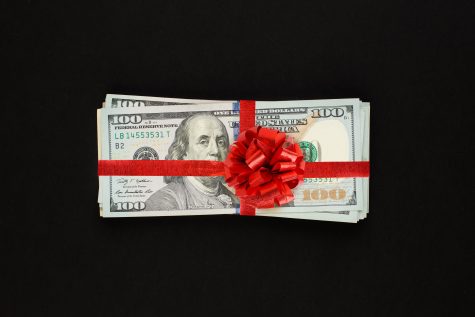 Here are a few “secrets” to success. First, start with your board.  If you want to start or grow a major gifts program, your board needs to support the project and must be willing to become engaged as solicitors and door-openers. Second, study your donor list. Sometimes there are potential major donors “hiding” in your database. Look for those with a long and consistent history of giving, and those who have also been engaged as volunteers. People with a history of giving and involvement may be waiting to be asked to give at a higher level. If you believe someone can give a larger gift, we suggest you start a conversation. Third, remember that current major donors are a valuable resource: take time to help current donors feel a part of your organization’s success. Engage them in identifying new major donors; and invite current donors to host or co-host virtual friendraisers and small fundraisers, perhaps with a board member or other donor. Remember: retaining gifts from current major donors and growing their giving and involvement is a large part of your major gifts program. It takes much more time, effort, and creativity to engage new donors than it does to retain and grow your current donors.

Once you have identified prospective major donors and those who could serve as volunteer solicitors, get started with the following.

Define what a major gift is for your organization. For small organizations, the amount could range from $500 to $5,000. For larger institutions, it could range from $25,000 into the millions of dollars. The term “major gift” is relative to your organization’s budget. Work with your top leadership to identify donors and solicitors. Ask who they believe are prospective major donors, how they want to be involved, and what they believe are the right ways to cultivate and solicit those they are recommending as donors.

Prepare your team for the work of identifying, cultivating, soliciting, and stewarding major gifts. This means offering live and recorded orientation sessions that include information such as fundraising priorities and goals, how much has been raised to date, and the anticipated impact of your work. You can include a “role play” or demonstration of what a cultivation or solicitation conversation looks and sounds like. This can ease apprehensions that most of us have.

Importantly, allocate sufficient time for staff and volunteers to do the work that is required. Most major gifts do not magically appear. Some do, but that’s not something to count on. Make cultivation and solicitation a scheduled part of your work or volunteer life. Finally, say thank you as many times as you can. Major gifts are within the reach of your organization, they just may be outside of your comfort zone.

Copyright 2020 – Mel and Pearl Shaw of Saad&Shaw – Comprehensive Fund Development Services. Let us help you find your way through this unknown time. Video and phone conferencing services always available. Call us at (901) 522-8727. www.saadandshaw.com.

The State of DENIAL

ABCs of the ATS: A Job Seeker’s Guide