Preserving and Strengthening the Middle/Working Class

“Changing the Culture of Violence in America” 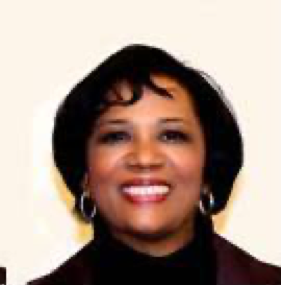 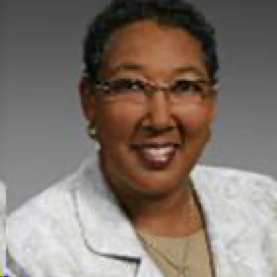 For eight years America, and the world witnessed a dignified, elegant First Family led by President Barack Obama, the first African American President, of the United States. Barack and Michelle Obama led the country with dignity, elegance, intelligence and integrity. And, on February 24, 2020, Barack Obama’s legacy was replicated at the official Memorial Service of Kobe Bryant, at the Staples Center in Los Angeles, where an audience of thousands paid tribute to Kobe Bryant, one of the most accomplished men in the history of basketball.

As the 2020 Black History Month wraps up, one takeaway from the tragedy and sadness of the loss of Kobe Bryant, is the demonstration of his achievements as a 41-year-old father, husband, son, businessman, giant in global sports and much more.

As former National Co-Chairs of Black Women for Obama who worked for his election and re-election, we have always been proud that President Barack Obama smashed the glass ceiling of negative images of Black men and replaced those images with strength, intelligence, success and integrity. For eight years, the nation witnessed President Barack Obama as a loving husband and “Girl Dad,” who supported his daughters Malia and Sasha, who are now college students at Harvard University and the University of Michigan.

It should not be overlooked that President Obama provided a role model for Kobe Bryant, his wife Vanessa and their four daughters to follow. Kobe and Vanessa were able to see Barack and Michelle as a loving, fashionable couple, whose love for their daughters radiated through the airwaves. This positive imagery helped establish a standard for Kobe and Vanessa and many other young people, who often have to negotiate difficult family experiences.

One of the most powerful images that came across to us, from Kobe’s Memorial Service was the presence of giants in U.S. sports history, including Michael Jordan, LeBron James, Kareem Abdul-Jabbar, Bill Russell, Magic Johnson, Shaquille O’Neal and many more. These multi-millionaire men – most of whom are family men – were competitors of Kobe Bryant yet, they rose above the petty, competitive behavior that often comes with sports, to show brotherhood, respect and elegance. Michael Jordan’s teary expressions of love for Kobe showed the importance he placed on being a Mentor for Kobe, whom he called his little brother. A true tribute to Kobe would be for millions of men to follow the examples of President Obama, Michael Jordan, Kobe Bryant and the outstanding athletes who assembled, and to become mentors for our young men and women.

Unfortunately, for too long, Hollywood and professional sports has promoted thuggish images of Black men in films and on television. Black men have been portrayed over and over as criminals or silly comedians. And, even in sports we see images of grown men portrayed as “post-adolescents” running around on playing fields, in shorts with little portrayal of the remarkable other parts of their lives that we saw at Kobe’s service. Sure, there are positive images of Black men historically like Carter G. Woodson, Dr. Martin Luther King, Colin Powell, Harry Belafonte, Sidney Poitier and our own fathers, husbands and male relatives. But, far too often the positive images are outweighed in the media by negative images of Black men committing thuggery, crime and violence.

Kobe Bryant’s service demonstrated that Barack Obama’s legacy worked, and new doors are opening with new appreciation for the brilliant, businessmen and women who are achieving wealth, demonstrating compassion and other great things. We hope millions of young people will walk through the new doors that are opening – with support from parents, families, mentors and communities. Let’s encourage our young men and women to look for the doors of opportunity found by President Barack Obama, Kobe Bryant and the role models of men displayed at the Kobe Bryant Memorial.

We Are Family: The First Annual “Complex Family” Scholarship