Urban Views
Happy Father’s Day
Juneteenth: A Celebration of Freedom
UMFS encourages individuals to learn about fostering
100th Anniversary of the Dedication of the Lincoln...
Opportunity for Business Funding
Home Featured Congratulations to Our Non-Profit of the Month: Read to Them
FeaturedNia Simone McLeodNonprofit of the Month

Congratulations to Our Non-Profit of the Month: Read to Them

Congratulations to Our Non-Profit of the Month 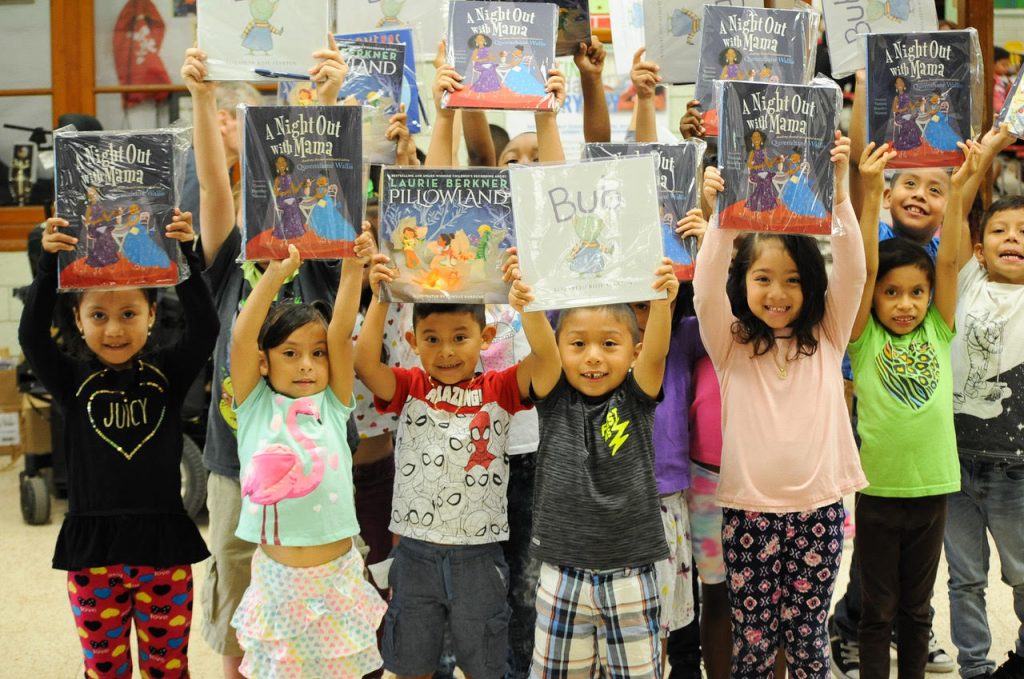 Read to Them, a Richmond-based nonprofit, yearns to establish a culture of literacy within the home and beyond with just one book at a time.

Director of Programs, Bruce Coffey, says that Read to Them began as a combination of programs that were dedicated to promoting the importance of literacy: Read Aloud Virginia, established by school psychologist Gary Anderson and One School, One Book, created by Coffey, a former teacher and parent volunteer.

Coffey created One School, One Book after volunteering at William Fox Elementary School and witnessing that the responsibilities of schools were constantly challenged and stretched far beyond their means, “I realized that if we could get the parents a little more involved in their kids’ education, it could make the whole job that schools are doing a little bit easier.”

Coffey believes that once a student becomes excited about reading, every other aspect of schooling becomes easier. One of the major ways that children can reestablish their reading skills, Coffey says, is reading at home.

Also, Coffey proclaims that reading at home provides many other benefits as well, “Families are so starved to find time together now because of the ways that we live our lives.” Coffey states that reading at home can be a solution for more familial time, “We get really emotional responses from parents saying, ‘I got my family back.’ ‘Thank you.’ ‘This was the best month of the year.’ ‘When can we do this again?’”

The books behind read to them

Much of the magic within the non-profit Read to Them lies within the books themselves. In their programs, Read to Them has a constantly growing catalog of 180 books to choose from. The books are organized into four different categories, Intro, Sweet Spot, Tweener, and Middle School. Intro titles are shorter books for less experienced readers; Sweet Spot titles are universally-loved titles that can be experienced by a wide range of students; Tweener titles are longer, more complicated titles; Middle School titles are books that are more often enjoyed by an older crowd.

Understanding a book’s potential universal appeal is an important part of the program, according to Coffey, “One of the tricks of our program is: “How do you choose a title that you can read broadly among a K-5 audience? From kindergarteners who can’t yet read but hopefully can sit still and listen to having a book that’s stimulating enough that it’s going to engage your upper elementary kids.”

Coffey also mentions another book, Wonder by R.J. Palacio, as “easily the greatest book in children’s literature written within the last 15 years.” Wonder tells the story of a 10-year-old boy who was born with facial deformities, and his efforts in trying to fit in.

Palacio tells the story from multiple perspectives which Coffey believes is an effect that many people can gain something from, “That’s a great thing to expose a broad range of people to. It’s a thing that lurks inside a book and you don’t even know that it’s there. It’s not just about what the story is about. It’s how the story is told; how the story is written. As a teacher myself, I believe that has a really good effect on you whether you know it’s happening or not.”

How reading affects the community

Read to Them’s literacy programs have not only inspired children and their parents to read more but the entire school community as well. From custodians to principals, the entire community gets involved with reading one book at the same time. Coffey recalls the story of one bus driver in North Carolina who was dedicated to promoting the program, “There was this one bus driver in North Carolina who loved to ask the kids trivia questions every day. He was going to be absent for three days, so he left three questions for the substitute bus driver. It just blew my mind that the idea of a community could be extended from teachers, students, and their families to other people.”

Coffey says that there are many ways that the Richmond community can support Read to Them, “We do want donations to pay for it because this is something that we don’t charge. We want to be more ambitious, and we’d need more donations to do that. We also need more volunteers to fulfill all of the opportunities the schools ask for.”

Coffey also wants more people to be aware of the program, “We want to trumpet it and get it out everywhere so everyone knows it’s happening. Even if you don’t have kids in the system, I would hope that you’d be glad to know it’s there.”

As for memorable moments, Coffey is in amazement of how the non-profit has grown since its inception, “When I dreamed this up, I was just a parent volunteer. I didn’t have personal ambitions of working for a nonprofit or going national. To see the organization grow from Gary and I working out of a garage to an office of 20 staff members is very rewarding. Every 18 months we take a new staff picture and it’s bigger.”

Coffey wants the importance of reading to become more culturally significant throughout the nation, “I want (Read to Them) to become a household name, or more a household thing, where everybody knows you’ve got to get your kids vaccinated, you can’t smoke and drink when you’re pregnant, and you read to your kids. That would be more satisfying to me than whatever our growth is.”

Hiring an HBCU president: questions for presidents and trustees