TheatreLab Explores Race in America with An Octoroon 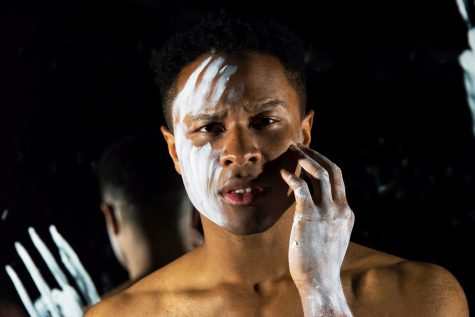 In America, we go through many trends, fads, and styles that are here one day and gone the next. But one topic that is forever running rampant in the U.S.A and beyond is race. Theatre Lab’s latest play selection, An Octoroon, showcases the implicit social constructs of race in the past and present while exploring the inevitability of how history always repeats itself. This award-winning play is running at The Basement from May 16th to June 1st, under the direction of Dr. Tawnya Pettiford-Wates.

Even though An Octoroon first premiered in New York City back in 2014, it is an adaptation of Dion Boucicault’s 1859 play The Octoroon. The Octoroon, in itself, is an adaption of Thomas Mayne Reid’s 1856 novel The Quadroon. The constant transformation of the source material throughout time in itself shows that the themes that are present in this play are timeless. For clarity, an “octoroon” refers to a person that is 1/8 black. A “quadroon”, on the other hand, is a person who is ¼ black. 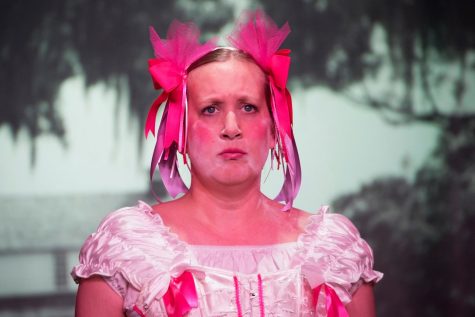 The Octoroon is a play that surrounds the residents and slaves inside of Terrebonne, a Louisiana plantation. The play deals with many different controversial themes for its time including theatre’s role in politics, the abolition of slavery, and interracial affection. At its time, the melodrama was so popular that it was only second to Uncle Tom’s Cabin in popularity.

An Octoroon, Branden Jacobs-Jenkins’ rendition, takes the story of The Octoroon and looks at it through a more critical and analytical eye than ever before. An Octoroon asks the questions that we often have in the present day about the validity of the media and art that we consume. The play leaves the discussion open for the audience to dive into after the show has come to a close, no matter how uncomfortable and unsettling those conversations may be. 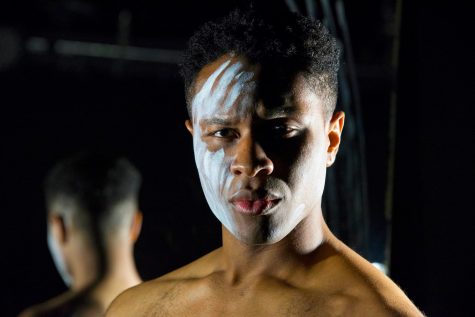 Even though An Octoroon is inevitably based on a novel that is over 150 years old, its playwright Branden Jacobs-Jenkins takes a fresh 21st-century look on its subject matter. Branden Jacobs-Jenkins (b. 1984) graduated from Princeton University in 2006 and earned a master’s degree in performance studies from New York University’s Tisch School of the Arts in 2007. The young playwright has penned a variety of different Off-Broadway plays including Neighbors, War, Appropriate (which shared the Obie Award with An Octoroon in 2015), Gloria (a finalist for the 2016 Pulitzer Award for Drama) and (a finalist for the 2018 Pulitzer Award for Drama.) At only 34-years-old, the playwright has established his footing within the art of theatre and his plays are featured throughout the nation and beyond. 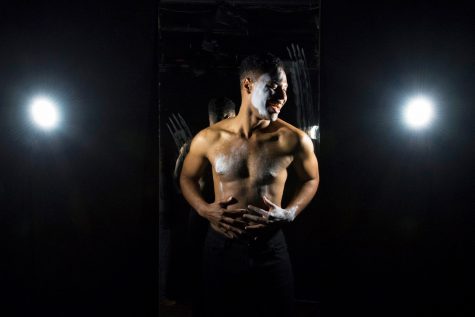 An Octoroon is a critically acclaimed play that has been praised by critics all across America. In 2014 the play won an Obie Award, which is a type of award made specifically for Off-Broadway plays, for Best New American Play. Now, the play is brought to the streets of Richmond, VA through TheatreLab.

Dr. Tawnya Pettiford-Wates, the play’s director, says that the play delivers both entertainment and education to the audience, “I love doing plays that are high-style and very stylistic. This particular playwright is brilliant in the way that the play has so many layers. Not everybody is going to get every layer, but everybody is going to get something.” Dr. Pettiford-Wates is an Associate Professor at TheatreVCU as well as the Artistic Director and Founder of The Conciliation Project.

The director thoroughly enjoyed the process of directing An Octoroon but does not doubt that it has been a lot of hard work,

“It has been a joy, but An Octoroon is a very complicated play. You have to be very careful with how you do it.”

Dr. Pettiford-Wates makes a strong connection between the events of present day and the storyline of An Octoroon, “The writer is very good at pointing out the ridiculousness of race as a construct and how people are valued and unvalued. I think that is a very current and contemporary conversation because all lives are still not valued.”

The deeply embedded effect of racial stereotypes is explored heavily in this play. Black-face, white-face, and red-face are all utilized. These practices can be interpreted in many different ways, especially when they are put out on the main stage. Just this feature alone can be tied back to current events, for example, the current Virginia governor Ralph Northam’s recent nationally-recognized blackface scandal. 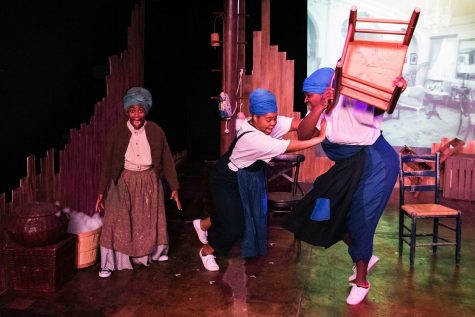 Even though the play analyzes an older piece of source material, the director explains that the play is constantly being tied back to the present day, “We use a photograph in the play that should be from another century. It’s a lynching, but it’s from 1981. I think that really throws people when they see it because it’s clear that it’s modern day, because of the sneakers and jeans. You cannot deny it.”

Dr. Pettiford-Wates continues the discussion about denial, “It especially does that if you’ve been ignoring it or if you have been pretending that everything is alright. He does that very brilliantly; he shatters that denial.”

Ever since the play started its run at The Basement on May 16, Dr. Pettiford-Wates says that she has seen the audience have a unique reaction to the play, “You can see that audiences start laughing, and then they get uncomfortable, and then they don’t know if they should be laughing. It is a shared experience of discomfort, and I like how he makes everybody uncomfortable at some point.” 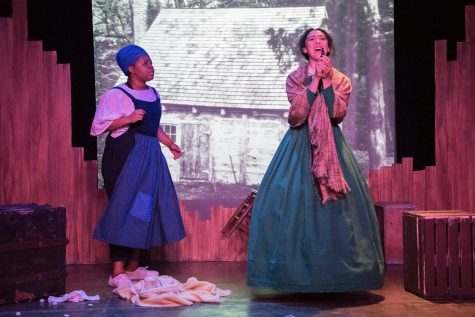 After the curtains close, Dr. Pettiford-Wates wants An Octoroon to start a much-needed conversation, “I want to scratch or prick their consciousness so that they will be unable to ignore what is right in front of them. I hope that it will open all types of conversations, dialogues, and even debates. We are at a time where something has to change; we can’t continue in this way.”

An Octoroon is currently playing at Theatre Lab’s The Basement from May 16th to June 1st. You can get tickets for An Octoroon here and follow Theatre Lab throughout social media on Facebook, Twitter, and Instagram.

Beat the summer blues with these staycation events & getaways