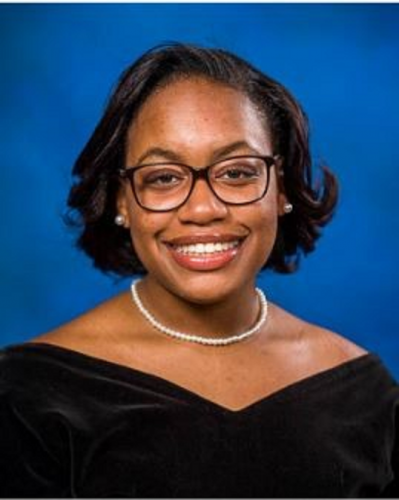 Madyson Fitzgerald is an accomplished young woman for only being a senior in high school. From obtaining a 4.46 GPA and ranking 22nd in a class of over 400 students, she has also held positions in multiple student organizations.

Madyson has many hobbies ranging from activities like roller skating and calligraphy, but out of all of her hobbies and activities, she has always prioritized one passion that has inspired her throughout her life: writing.

Ever since she was younger, Madyson Fitzgerald has always been keen on cultivating her writing skills. Whether it was spelling her name out on the refrigerator in exchange for crackers from her mother in her younger years or writing short stories in the back of her algebra notebook in the eighth grade, being a wordsmith has been an integral part of Madyson’s life for as long as she can remember.  “On any given day, I can be found with my nose in a novel or writing journal entries in the back of my notebooks,” she said in an essay.

Madyson said that her nurtured passion for writing was influenced by her home life growing up. Her mother is an English teacher, and she said she has pretty much “lived and breathed” writing for almost her entire life.

Since recognizing her passion early on in life, Madyson has accumulated an impressive amount of experience and accolades thus far in her educational career. One thing that Madyson does to foster her passion is to enter as many writing competitions as she can. “Staying in the practice of writing and competing against fellow essayists gives me room to grow and see how I fare against other talented writers,” she said.

Since entering writing competitions, Madyson has had many great successes. She placed honorable mention in Chesterfield County Public School’s Write Now contest, and then went on to win second place the next year. Madyson said contests help not only to keep her sharp, but to scope out and learn from the other talented writers she encounters along the way.

Along with entering writing contests in her free time, Madyson also recently began an independent contractor position with an online publication called Affinity Magazine. “This by-teens-for-teens publication gives me a medium to produce pieces for the entire world to see,” she said.

Madyson’s articles for Affinity Magazine cover topics ranging from coverage of hip-hop artists, to racial targeting to insomnia tips. When asked what her favorite topic to write about is, she said there’s no limit to what she can write about, and that’s what she loves most. “As long as I have the freedom to write about what I want, I’m happy,” she said.

In terms of her future journalistic career, Madyson said she wants to pursue the track of print media. “Although writing for an online publication is neat, I’m more inclined to write for a print news outlet in the future,” she said. “Something about being able to hold my work in my own hands seems so fulfilling.”

Madyson’s ultimate goal is to write for a major print publication, such as The New York Times or The Atlantic, and to focus her sights on investigative journalism. “I really enjoy covering stories that require a lot of digging, and I don’t mind having to ask deep questions to get deeper answers,” she said.

Madyson said that journalism is a crucial component of society that is often undervalued, and for her it is the perfect career choice to be able to leave a lasting impact on the world. “The impact of journalistic media is one that tends to go unnoticed, but it’s critical that we acknowledge how it influences our daily life,” she said. “I hope one day to be a tremendous contributor to the world of journalism and to write my way into the hearts and minds of humankind.”