Talk is CHEAP- Looking at YOU NFL 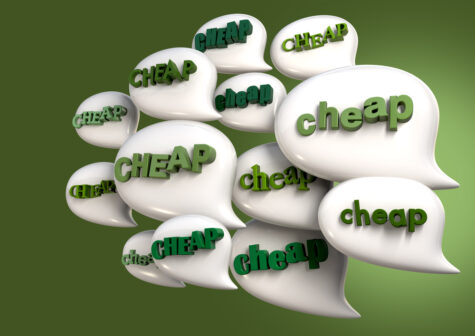 In the middle of the national celebration of Women’s History Month, sports teams and specifically the NFL are once again facing scrutiny and being called out for extreme hypocrisy around issues of sexism, sexual assault, and its ever-evolving position regarding both. Before unpacking that, let’s celebrate the BIG Win for the U.S. Women’s Soccer Team last month when they won the complaint filed in 2016 with the EEOC (Equal Employment Opportunity Commission). The complaint alleged that despite the women’s team generating $20 million in revenue the year before, the team paid women players four times less than the men. Now the U.S. Soccer Federation has agreed to pay the players $24 million, including back pay, and make a commitment to compensate men and women players equally in competitions, including the World Cup. This is “putting your money where your mouth is!”

The value placed on professional athletes at the top of their game, regardless of their gender, should be reflected in the compensation that they receive. This should be reflected in any profession and yet in the United States women STILL earn less than men for the SAME work. The U.S. has still not passed the Equal Rights Amendment into law. There remains a distinction in this country as to the value placed on the lives of women and girls as compared to men and boys. Nowhere is this more evident than in the current situation surrounding a man, who is an elite athlete for the NFL and is currently facing 22 different allegations of sexual assault, being offered a contract that is historically the largest guaranteed salary ever offered to a quarterback in the league.

Engaging in any type of sexual activity without voluntary, informed, and active consent is sexual assault. 1. Any person must always seek verbal, sober, clear consent. 2. Immediately stop sexual advances if the other person indicates no interest or if they say “no.” 3. Consent to one sexual act does not imply consent to another. 4. The absence of a “no” does not mean “yes.”  5. Sexual assault is non-consensual activity, and sexual battery is never the survivor’s fault. The #MeToo Movement was founded by Tarana Burke in 2006 when she began using the phrase “Me Too” to raise awareness of women who had been abused and/or assaulted.

Eleven years later, in 2020, it found world-wide recognition after a tweet by actress Alyssa Milano went viral. In the wake of the trial and subsequent incarceration of the powerful media mogul Harvey Weinstein, numerous public statements and proclamations were made by both private and public business entities as well as major sports conglomerates denouncing Weinstein and his behavior as abhorrent and indefensible.  In response, the NFL drafted new policy surrounding domestic violence, sexual assault, harassment, and violence against women. They committed to hold players, coaches, and employees of the NFL accountable. It is unfortunate that after only a couple of years, we find ourselves at the proverbial place of “where the rubber meets the road.”

The Texans’ quarterback with multiple charges of sexual assault against him was forced to sit out the 2021-22 football season due to the multiple lawsuits filed against him. It should be noted that the grand jury declined to press any criminal charges against the quarterback citing a lack of evidence. However, the civil suits filed against the quarterback are moving forward as well as the NFL’s own internal investigation.  He has not played since the 2020 football season. However, he did receive his full salary during the season despite not playing a single game. The quarterback denies all charges and demanded a trade. In 2022-

23, Cleveland is where this NFL QB will bring his considerable talents along with his troublesome personal issues for a $230 million dollar fully guaranteed salary over 5 years which broke all NFL records for the most guaranteed money awarded.

How does this exorbitant salary awarded to a man with 22 pending lawsuits for sexual assault, sexual harassment, and sexual misconduct support the NFL’s commitment to their previous messaging around the #MeToo Movement and the standard of behavior for players, coaches, and staff? Talk is cheap! Clearly, they can spend their money as they choose in a free market economy. Perhaps it is up to us to hold them accountable!