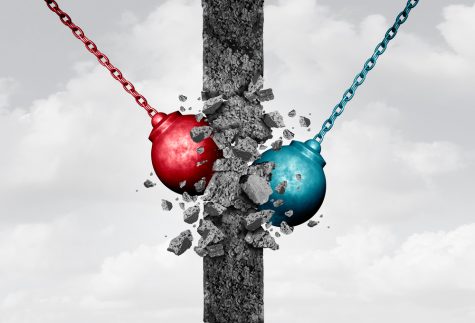 America is standing on the precipice of a moral moment. It is not unlike the moral moment the nation faced when the roll was called on Capitol Hill in 1964 and in 1965 when the U.S. House of Representatives, and the U.S. Senate passed the Civil Right Act and the Voting Rights Act respectively. This nation and its people are facing an historic moment right now as we wrestle with whether we will continue to move forward in embracing our destiny as a multicultural, multiracial democracy wherein ALL citizens have equal and unfettered access to the ballot box. Whether we are, in fact, working towards a “more perfect union.” Or are we choosing to become less free, less inclusive, less representative of ALL people regardless of race, ethnicity, religious beliefs or affiliation, gender, national origin, or identity? Because THAT is the question we are facing. People who are unwilling to face the truth of their history are certainly destined to repeat it.

The history of the United States of America is a history of tremendous struggle towards a common humanity. A humanity that has not always been acknowledged and recognized as the birthright of ALL people. “We the People…” is meaningless unless The People stand up for the value inherent in the definition of democracy. A government “…of the people, by the people and for the people.” Without the fundamental Right to Vote we have nothing, and we are on our way to minority rule which will inevitably move us closer and closer to an autocracy. We stand poised to loose our basic freedoms of life, liberty and the pursuit of happiness as enshrined in our foundational and most sacred documents, because of the erosion of voting rights and the backwards slide into the systemic and institutionalized practices of voter suppression, voter intimidation, purged voter rolls, and a plethora of “new” laws that look so much like past practice that it should be terrifying. We have been lulled into a false sense of if we weather the storm, we will come out alright on the other side. We will not come out alright if we do nothing.

Dr. Martin Luther King, Jr. said, “Voting is the foundation stone for political action.” If you remove the foundation stone, the structure of democracy and representative government begins to crumble. Let us not forget that the institution of chattel slavery was a bi-partisan endeavor. Although there were many whites involved and committed to the abolitionist movement, our founding fathers were slave holders on both sides of the aisle. It took white America generations to engage in the struggle to end slavery as an institution and generations more to welcome those freed from the shackles of enslavement into society as citizens and human beings, and even more generations after that to begin to break down the legal and institutional barriers of segregation, injustice, and inequality.

Dr. King’s aspirational “I Have a Dream” speech is one that white people love to quote as if it has been achieved in what they like to call a “post-racial society.”  Dr. King’s words have been used as a smoke screen and pretense for many who want to continue to tout “American Exceptionalism” and the gains we have made as a nation since the “Freedom Rides” and “March on Washington” of another generation.

The question that must be asked is, if the institution of slavery was bipartisan with participants on both sides of the aisle, then why does it appear that the fight for Voting Rights in America has become so clearly partisan? Why has not ONE Republican senator or congress member come out in support of creating laws that intentionally protect ALL citizens’ right to vote? Why are the Democrats right now the only party actively pursuing making access to the ballot box more inclusive and accessible? Why does one party want every eligible voter to vote and to count that vote while the other party seems to oppose that effort either by their deafening silence or direct action in opposition to it? Call the roll! Americans need to know on which side their representatives and senators are standing! #HistoryisWatching