Get Off the Bench! 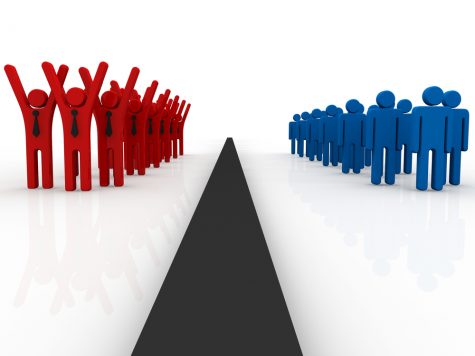 Time is something that once it has passed you by, you can never get it back! The state of our union is fragile and in terrible shape right now. It’s probably more divided and divisive than at any other time in our history. And if that seems too much for you to take in, we can at least agree that we are a fractious and disjointed country in this present moment. There are so many urgent needs and problems converging upon us in the wake of the global pandemic, which is still in full swing, the racial reckoning, the ecological perils of climate change and climate change denial, and the teetering, broken and threatened democracy that we are attempting to hold in place.

We are truly at an inflection point in the United States, and what happens next is dependent upon each and every one who claims to be an American. Many people have grown weary of the news and the tainted and corrupt politics that continue to uncover more corruption every day. In the wake of so many congressional investigations and empaneled committees investigating the investigators, recounting endlessly votes that have long been certified many times over, we are exhausted and/or bored by the news cycle. Oh, and the daily repetition of the so-called “BIG LIE” that our election process was fraudulent and the claims that the man who lost the 2020 election actually won it.

It often feels like we are in a poorly written dystopian novel about a country that once had a dream of building a nation based on life, liberty, and justice for ALL of its citizens regardless of race, gender, ethnicity, sexual identity, religion, class or national origin. A story of a nation that touted itself as the world’s last best hope for freedom and democracy. A nation that once had a government of honorable public servants who were committed to the representation of the people that elected them to office and not to their own selfish interests. Political leaders who once worked from the power of love instead of the love of power. We can no longer deny that the democracy we all learned about in our “civics class” does not exist in America today. The America based on the platitudes espoused within the Declaration of Independence and the Constitution remains only a “Dream” and at this point, it’s questionable as to how many Americans even aspire to those ideals at all.

We are living in an America where a significant percentage of the population doesn’t believe in democracy or the democratic process. They do not believe in one vote per eligible voter. They have been systematically making laws that restrict and deny each American equal access to the ballot. These questionable Americans are committed to giving certain constituents MORE than their registered “one person one vote” constitutional right. Instead, they are committed to drawing lines on the map so as to give a minority of voters more power and more influence because of where they have drawn “district lines.” The more populous communities and communities of color get less influence and less agency with their voice, even though they have many more votes than their less populous neighbors.

This is the process of gerrymandering, and it is patently un-democratic! It is un-fair and should be abolished by the Supreme Court as un-constitutional. But when the SCOTUS is a politically appointed body with a lifetime appointment, it leads to political corruption and shady decisions based not on legal precedent but rather political leanings and obligations. The law just becomes an inconvenient truth that must be circumvented and rationalized with personal beliefs and questionable integrity. The SCOTUS has become a tool for undermining the democratic process and democracy itself. They are no longer the “Highest Court in the Land”, meaning the most esteemed deliberative body. No. They have become tainted and infected with the politics of the time. We can no longer depend on them, as they are, to hold up the basic tenets of truth and justice.

And so, America is teetering on the edge of lawlessness. The type of lawlessness that we all witnessed LIVE at the U.S. Capitol on January 6, 2021. This

insurrection was only a dress rehearsal for what is to come if Americans, who believe in “the rule of law”, the Declaration of Independence, the Constitution, and the Bill of Rights don’t get off the bench and get in the fight to save our democracy. Whether you think it affects you or not, IT DOES!  Fascism is not around the corner! It’s already here! If you think it’s bad now….you ain’t seen nothin’ yet!

Our nation will be stolen from us if we all keep denying what is happening right in front of our faces. There is an urgency in this moment. Time is running out! Get OFF the Bench!