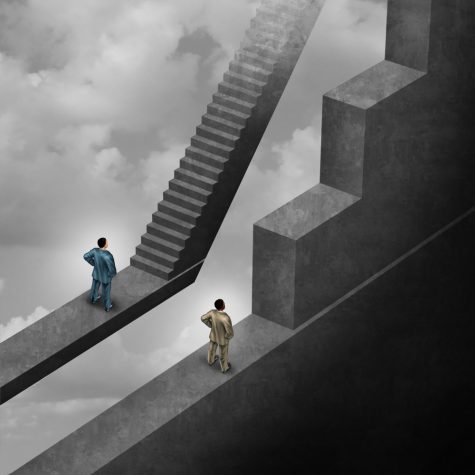 “I don’t believe we should turn our society into an entitlement society”, said the once obscure and now suddenly infamous Senator from West Virginia last week. When the problematic West Virginia Senator of the Democratic Party was called out for holding up the President’s agenda by many progressives from his own party, including the Independent Senator from Vermont, the Senator from West Virginia self-righteously proclaimed, “This is not the first time an out-of-state(r) has tried to tell West Virginians what is best for them despite having no relationship to our state.”  It makes one wonder if Senator Joe Manchin is actually devoid of any kind of self-awareness or sense of irony when he makes such a claim? In the face of his own declarations that he doesn’t want to turn our society into an “entitlement society” by passing the president’s “Build Back Better” multi- trillion-dollar package for the historic rebuilding of both the physical infrastructure and social infrastructure of America, Joe Manchin is an unrepentant hypocrite and curiously entitled to his own privilege and intentional oblivion.

The president’s package, which the Democratic Party and its leadership have been grossly inadequate and even negligent in promoting to the American people, makes historic and transformational change for America and for America’s future as a nation. The democrats have NOT articulated the details within the package effectively, nor all of its advantages to the general American populous for whom the package was created and designed to maximize a clear benefit for America’s middle class and working poor. Manchin, who is himself an entitled white man from one of the smallest states in America, is effectively holding up the passing of a national economic plan that the majority of his own party support. This plan benefits all 50 states and yet this man representing only ONE of those states is effectively speaking for the other 48 states (there’s another democrat from a SW state holding out too) elevating his own concern over the will of the majority despite the fact that he himself has no relationship with any of them! He is holding hostage the whole agenda of the president of his own party, and the economic plan the majority of Americans voted for when they overwhelmingly elected Joe Biden as President in 2020.

The use of “Entitlement Society” can be clearly defined as “dog-whistle” politics, and as tinged with racial and social bias as the infamous claim of the “Welfare Queen” repeatedly made by then Presidential candidate Ronald Reagan in 1976. The intention was to mis-characterize the poor and especially poor people of color within America’s urban centers as “freeloaders” and con artists, the bottom feeders that take advantage of “handouts” instead of pulling themselves up by their own “bootstraps”! Why don’t they make something of themselves with hard work and sacrifice like the rest of us have done?”

The “US”, referenced above, are of course hard-working Americans (mostly white) who have made something of themselves and this nation since they founded it in 1776. You know the politics of America as a meritocracy! The designation of the “US” and the “Them” draws a clear line,  A Color Line between the two. This talk of “entitlements” and the “Great Society” defined by Lyndon B. Johnson’s administration with the Civil Rights Act and the Voting Rights Act, made the policy and politics, then and now, a “War on Poor People” NOT a War on Poverty. It made “entitlement” a dog whistle that intentionally denigrates, diminishes and marginalizes people of color and poor people, as if being poor were a failure of character instead of the moral failure of a nation.

There is no question that the ever-increasing wealth gap in America is a national disgrace. It is an outrage that the majority of Americans live at or below the poverty line. It is unconscionable that we are fighting over things like a $15.00 minimum wage when at that wage, a full-time worker will only make $31,000 per year and for a family of four that is still just below the poverty line! It is absolutely inhumane that healthcare is still not a fundamental human right in America! We STILL do not value our teachers even after having to shut down our public educational system for 18 months in the wake of the COVID-19 Pandemic! The wealth gap in America is horrifying! And yet, these “entitled” white men can use the excuse of not wanting others to “freeload” or get a “payback” from America

after working for decades at sub-par wages in the last two centuries and for NO wages in the 19th century, by saying we don’t want an “entitlement society”?? WHAT!!

The Biggest Entitlement Program in America is White Privilege! This is an entitlement that was built into every part of America’s founding documents, institutional systems and policies.  The Senator’s “Entitlement Society” is one he fully supports with full membership in the club, as he stands on his entitled soapbox in the halls of the U.S. Congress each and every day!