Is it really “never too late” to tell the TRUTH? 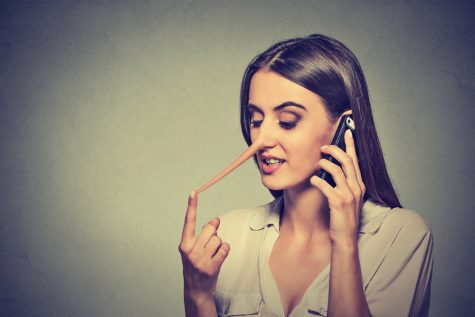 After four years of one the most historically corrupt administrations in contemporary U.S. history, we now have an avalanche of “tell-all” books and “true confessions” coming from the people who once worked for and were embedded within the same administration that they now call embarrassingly chaotic and catastrophic. These former employees and “public servants” had a front row seat to the maleficence, disruption and deliberate dismantling of decades long policy, procedure and decorum that had previously been the standard practice of former presidents, cabinet members and staffers within the White House. And yet, the ones who are now “telling the truth” (after the fact ) seem to be just trying to cash in on their proximity to the former administration and their “insider knowledge” of actually being in the room where it happened. They don’t really seem to be having any genuine remorse for their complicity and silence.

It’s a little disgusting to think that ALL of these people could have interrupted or stopped some serious mis-information, mis-characterizations, outright deception, manipulation of facts, and corrupt intentions that were the “norm” at the former White House, and the way things were done by the former president and his administration. And yet, they stood by silently and actively participated or at least enabled the corruption to go on for the time that they “served at the pleasure of the president.” This nation and its people are the ones who have suffered because of the lack of courage and a questionable lack of personal integrity that each one of these “authors” are now wrestling with as they attempt to rehabilitate their own reputations by (NOW) telling the whole truth and nothing but the truth.

The fact that we, as a nation,  currently find ourselves with over 703,000 people dead of COVID, the worst statistics of any country in the Free World, and that established constitutional protections (of over the last 50 years) are now under siege, and the fundamental right to VOTE is being questioned while our entire electoral process has been consistently and relentlessly tainted by fraudulent audits and ongoing claims of fraud. This malfeasance can ALL be directly attributed to the profiles of cowardice that lived with and worked in the former administration and now are claiming mea culpa by writing a book and telling the “truth.” NO. It’s too late now!

Although you may have been a primary witness to the carnage of the last administration, none of you seeking to cash-in on your tell-all book tours are either credible or integrous. You appear to have no personal integrity whatsoever. So why should anyone believe what you say now? You allowed people to die rather than step forward and call a LIE a LIE! All you are doing now is once again demonstrating your profound lack of courage and integrity and allowing yourselves to be appropriately characterized by what the former administration stood for “Me, Myself and I” and “I Alone Can Fix It”. The former administration did not have ALL Americans’ best interest in mind but rather the interests of its own sordid agenda and the interests of their so-called friends, the rich and the powerful.

It is the epitome of cowardice to tell the truth after the fact! Even when the former president was impeached by the House of Representatives, twice, these so-called public servants in the White House chose to pledge their loyalty to the man instead of to the Truth and to WE the People of the United States. The January insurrection did not have to happen if only all of these “converted” truth tellers and newly minted authors would have exercised some backbone and stood up and told the truth when the U.S. Congress was asking them to step forward, we might be in an entirely different place than we find ourselves now.

However, there were patriots that stepped forward when our nation needed them to do so. People like Lt. Col Alexander Vindman, Former US Ambassador Marie Yovanovitch and Former White House national security aide Dr. Fiona Hill have emerged as the truest patriots with an unquestioned integrity and a commitment to the truth. They were all unduly scrutinized and persecuted by the former administration simply for telling the truth. The ones who are now telling their stories for the monetary gain and the public notoriety, their book signing, and promotional tours may garner them, are pariahs and no less worthy of being called kleptocrats  and charlatans than the man in whose administration they served.

Bigger vs better – is it a competition?