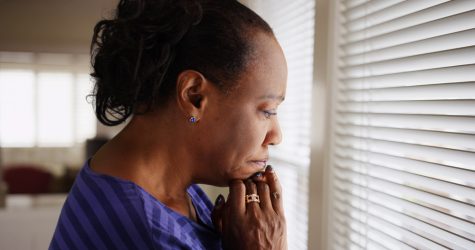 Most of us recognize that, in America, there’s a culture of blatant and uncontested misogyny. There is a rape culture that permeates the American cultural continuum, where women and girls of all races are targets. However, the lack of attention, care, and concern exhibited for women and girls who are not white is made abundantly clear every single day that black and brown women and girls continue to go missing or whose bodies are found without even an acknowledgement of their basic humanity or existence. This has been overtly displayed over the past few weeks as mainstream media outlets in a frenzy of unrelenting airtime, human interest stories, and personal interviews kept us all acutely aware that there was an “innocent” young white woman who had disappeared in the Grand Tetons and law enforcement was soliciting the public’s help in finding her. The words of Malcolm X came immediately to mind bringing his heartbreaking declaration back into the arena of public discourse almost 60 years later.

Currently in the news, we see stories of R. Kelly’s sex trafficking and abuse case finally being adjudicated decades after black women and girls reported his abuse to so- called authorities. Weeks ago, we just witnessed several women of the U.S. Gymnastics Team testify before Congress about the sexual assault and abuse they suffered at the hands of the team doctor whose abuse was reported over 20 years ago when he was the team doctor at the University of Michigan. Indigenous women and girls can’t even get law enforcement to take down their statements about missing women and girls.

Often when family and loved ones of women and girls from black and brown communities report their daughter, sister, or friend as missing, police officers claim that “they must’ve run away” or “just not returned home for whatever reason”. Officers often bring up the possibility that the reputation of the victim herself has something to do with the disappearance, or claim that there is probably some other lawlessness, addiction, or other anti-social behavior that has contributed to this black or brown girl to come up missing. It’s their life-style or life- choices. Or maybe they just wanted a change of scenery?

The people who know these black and brown girls and women, are telling the law enforcement officers that they KNOW their daughter, sister, or friend would never just up and leave without telling someone that they were leaving. They are telling these officers over and over again that they KNOW that these young girls and women would never just not show up to work, or just leave their children without care. But no matter how passionately they plead and no matter how urgently they claim that attention needs to be paid to this missing person’s case, they are told to just wait, or they are completely ignored.

Help is not offered, and their concerns are downplayed at best or completely cast aside at worst. Because, there is no urgency needed in their case. Very unlike the cases of white girls and women who are reported missing like Chandra Levy, Natalee Holloway, Polly Klaass and Gabby Petito, whose disappearances were given immediate national attention, there are thousands of black and brown girls who go missing every day without even an acknowledgement. Resources are

poured into the searches for white women and girls, flyers and t-shirts made,  primetime media coverage and lengthy human-interest stories document their lives even after their bodies are found. Ultimately foundations are created in their names and calls for change and justice proclaimed, while monuments are created, or non-profit organization founded in order that they, the missing white women and girls, will always be remembered and never forgotten.

In the words of Ntozake Shange, “Somebody, anybody…sing a Black girl’s song…” The missing black and brown girls deserve to have flyers and foundations too! But most importantly, THEY deserve to be found.

Is new funding a distraction? Four questions to ask