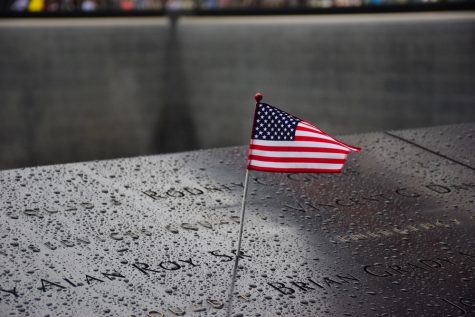 The great experiment called the United States of America is currently in a very fragile state. As the nation paused in remembrance of the 20th anniversary of the terrorist attack on September 11th, 2001, the comparisons between who America was then and what America and Americans have become in the past 20 years cannot be more distinctive. On September 11th, 2001 the peace and safety of our nation was shattered by coordinated attacks on our nation’s largest city and financial heartbeat, the symbol of our military might, and our seat of democratic government.

Although the attack on our capital in Washington, DC was thwarted by a group of ordinary Americans traveling on a commercial airliner and disrupting the terrorists’ well-organized plan, almost 3,000 Americans lost their lives on that fateful day. The World Trade Center towers fell, The Pentagon was attacked, and the plane intended for the U.S. Capital complex was intentionally crashed in a field in Shanksville, PA. due to the heroic efforts of the 33 passengers and 7 crew members aboard American Airlines Flight #93. All of them died that day along with the 4 hijackers and the other thousands who were in the World Trade Center in NYC and The Pentagon in Arlington, Virginia.

The entire world mourned our loss on that day and in the weeks to come. Americans came together for the most part during a time of national mourning.  Although the immediate attack on the Muslim community and the outright Islamophobia that continued to grow and ferment was shameful and entirely contradictory to what America proclaims herself to be as a nation, most Americans put aside their differences and came together to mourn, to pray, and to help one another deal with our collective trauma together. There was a semblance of national unity and a type of patriotism that brought us together as Americans in ways many of us had never experienced before. We are not the same America today.

Today, America’s fragility is on full display as Americans fight one another rather than a common enemy. Americans relish in divisiveness,  disruption and disagreement rather than uniting as a nation with any type of common purpose. Many Americans today do not ascribe to a collective or unified America but rather want to wallow in their “individual rights” and the individual claims of “freedom” to do what best serves their individual convictions and beliefs. It has gotten so acerbic that we might be more divided today than we have been since the Civil War. The country is most decidedly torn in two. We cannot agree on what is true and what is false.

We are still in the midst of a pandemic that has now taken the lives of almost 670,000 Americans of every race, class and age. Most of these deaths could have been prevented, if Americans would come together and be vaccinated for the good of their neighbors as much as for their own good. But right now, there is a devolution of our collective American identity. We have devolved into tribalism in the most primitive and base ways possible. “E Pluribus Unum”, out of many one nation used to be our national motto, the creed by which we identified ourselves as Americans. It is no longer. We have allowed the divisiveness of our politics and our personal beliefs to so blind us to the recognition and benefit of the fact that we are better when we are united than we are when we are divided against ourselves.

Our personal freedoms, desires and preferences should never overshadow or outweigh what is in the interest of the collective good. There are both unwritten and written contracts that we must agree upon in order to belong to a civil society. We make agreements to be governed by laws, many of which, by virtue of

their construction, cause us to give up some of our personal freedoms in order that the whole of our society may prosper and thrive more effectively, more completely, and with the health and safety of the whole of our community as its priority and not merely our own.

The nation that we were 20 years ago when we came together to change, to give up some of our personal freedoms for the good of our nation and our people, is slipping away from us. As we reflect on our American fragility, we must acknowledge that if “America” sinks, we will ALL go down with the ship!