Urban Views
Richmond gets the market’s first car vending machine
The Grace E. Harris Leadership Institute Presents its...
President Barack Obama campaigns for Terry McAuliffie
If I test positive, what can I do...
Vaccinated or Un-Vaccinated: “If I test positive, what...
Home WritersBernard Freeman September 11, 2001 | 20 years later
Bernard FreemanFeaturedFeatured News 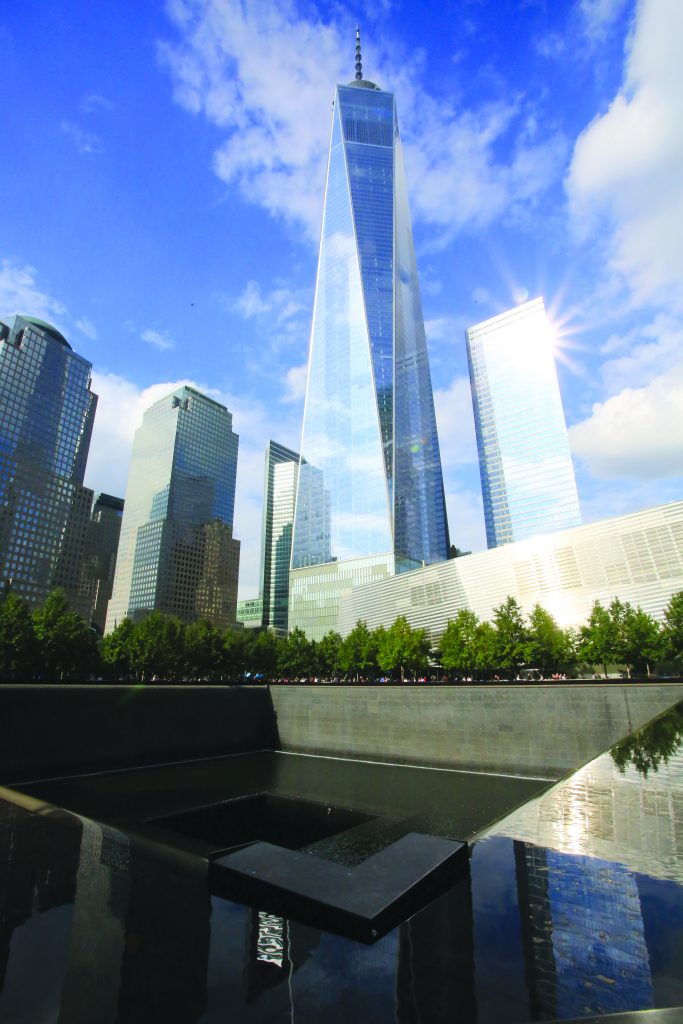 Honoring the Heroes of Flight 93 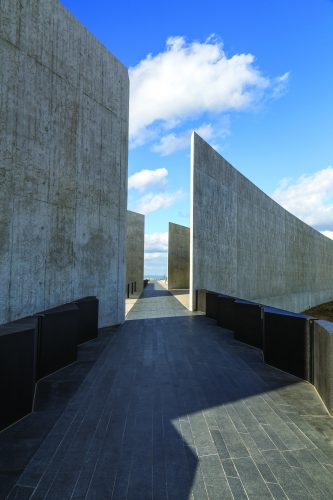 Jody Greene’s father, Donald Greene, was one of 40 passengers and crew on Flight 93 who gave their lives fighting back against four terrorists who likely planned to crash the airliner into the U.S. Capitol.

They saved many lives that day while sacrificing their own when the plane crashed in Shanksville, Penn. If you want to honor those valiant passengers, Jody Greene knows how.

Greene was 6 years old when her father died on Sept. 11. Every year since then her family has returned to the crash site in Shanksville, now site of the Flight 93 National Memorial.

“As I have grown, so has my relationship with this place,” Greene wrote in the USA Today. “In recent years, I’ve found the experience of watching children visit the memorial to be particularly moving. As I overhear the questions asked to parents and the National Park Service rangers who staff the site, I’m reminded of the Flight 93 National Memorial and the Visitor Center’s purpose.”

For this generation, she continued, the site is as much about education as it is about remembrance, offering each young visitor the opportunity to learn about the events of that day and the heroes of Flight 93.

Millions of children have no reference point to Sept. 11. Yet, they must know what happened at this sacred site. Greene is on a march to make sure the heroes of Flight 93 never be lost to history.

The Flight 93 Heroes Award is inspired by brave acts of the passengers and crew members of Flight 93. It is particularly relevant as the 20-year anniversary approaches.

“This anniversary offers a uniquely teachable moment to share the story of those who fought back against terrorists on Flight 93 and to continue their legacy by honoring and celebrating those who today embody that same spirit,” Greene wrote.

To nominate someone for the award, visit Flight93Friends.org.

How the U.S. has Changed 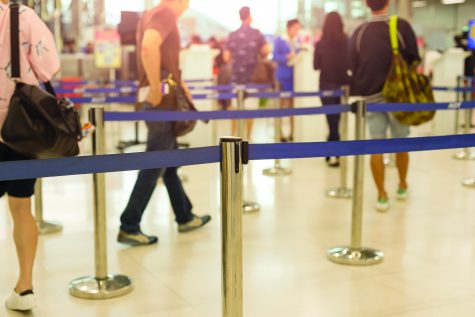 The fact that the U.S. changed forever on Sept. 11, 2001 is undeniable. Anyone who lived through the day’s events and the aftermath sensed the changes.

Twenty years later, much of life has returned to its routines, but the marks left by the terrorist attacks remain.

The United States has been at war constantly since Sept. 11, 2001. Within a month of the attacks, U.S. forces invaded Afghanistan in pursuit of al-Qaeda, which claimed responsibility for the attacks. In 2003, the U.S. invaded Iraq as part of the War on Terror. The war in Afghanistan, which drew to a close in mid-2021 as the U.S. finally pulled all of its troops out of the country, is the longest-running war in the country’s history.

The effects on air travel were intense immediately following Sept. 11. Commercial flights in the U.S. were grounded for days, and when they did resume, security was tight. Travelers have seen long lines, full body scans and other screening measures, and restrictions on items they can carry onto airplanes. The Transportation Security Administration grew to a massive size as it took over security duties that had previously been performed by private companies. The changes have made air travel more burdensome for travelers and at times infringed on their privacy.

Americans also have seen their privacy encroached upon by surveillance measures related to the War on Terror. According to PBS, audits have shown the National Security Agency annually had read “56,000 emails and other communications by Americans with no connection to terrorism, and in doing so, had violated privacy laws thousands of times per year.” The scope of the problem came into focus in 2013, when CIA contractor Edward Snowden released classified documents regarding surveillance NSA programs.

Sept. 11, 2001 had major impacts on immigration in the U.S. The creation of the Department of Homeland Security saw immigration agencies shuffled and strengthened. The number of annual deportations of immigrants doubled between 2001 and 2013, when it peaked, and while the numbers have declined, they remain much higher today than they were 20 years ago.

The aftermath of 9/11 also brought an increase in anti-immigrant violence, especially against Muslims. Although the 9/11 attacks were carried out by Muslim extremists, innocent Muslims in the U.S. found themselves the target of attacks. In 2000, the FBI reported that it had handled 12 cases of anti-Muslim assault. In 2001, that number was 93. Another spike — 127 cases — occurred in 2016. 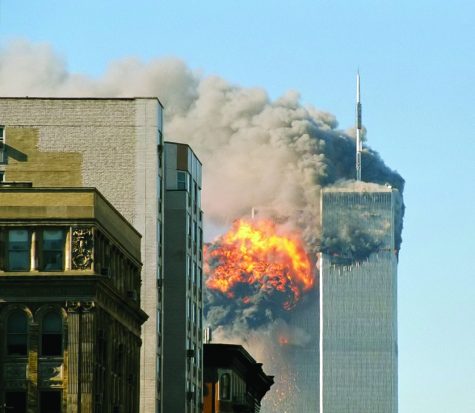 One great way to mark the anniversary is to educate yourself about what happened on September 11, 2001. Even if you lived through that day, you can likely learn something new by doing some research.

Here are some resources to get you started.

The 9/11 Memorial & Museum offers resources to help teachers bring the stories of 9/11 heroes into their classrooms.

Offerings include interactive lesson plans for students in grades 3 to 12 that address the attacks, their ongoing repercussions and the history of the World Trade Center.

For example, one lesson plan aimed at grades three through five is titled “Local Heroes” and asks: “What is a hero and how can people show gratitude to those who act heroically in their own communities?”

Another aimed at sixth- through eighth-graders is titled “American Anxiety After 9/11” and discusses the question, “How did 9/11 affect Americans’ sense of safety?”

Search for lesson plans by grade level and theme on the organization’s website at https://www.911memorial.org/learn/students-and-teachers/lesson-plans.

Encourage your child to look for a book about 9/11 at the library or bookstore. Here are a few to consider: 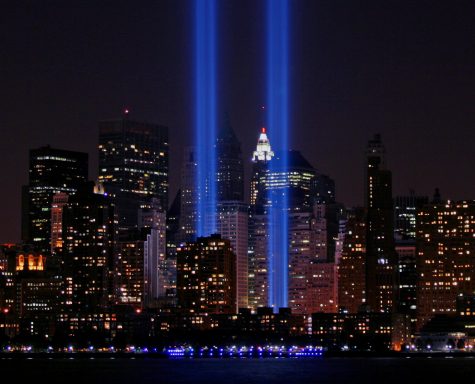 As the grim 20-year anniversary of the Sept. 11, 2001 attacks approaches, the memorials set up at each site prepare to mark the significance of the day.

The 9/11 Memorial and Museum’s activities are designed to “share the history and lessons learned with a new generation, teach them about the ongoing repercussions of the 9/11 attacks, and inspire the world with memories of our fortitude, strength and resilience,” according to its website. “Despite our shared grief in the aftermath of 9/11, hope, resilience, and unity lifted us up as a nation. Twenty years later, these lessons are more important than ever.”

Here’s a roundup of some of the planned events.

The 9/11 Memorial and Museum

Annual commemoration. The memorial will continue its annual practice of reading the names of the victims aloud and observing six moments of silence marking major events of the day.

Tribute in Light. This year, the memorial will expand its annual Tribute in Light, during which the sky above the city is illuminated from dusk on Sept. 11 until dawn on Sept. 12. This year’s event will be citywide, when buildings across the city will be lit up in blue.

The Never Forget Fund. The 9/11 Memorial & Museum also has launched the Never Forget Fund in advance for the anniversary. The initiative is intended to support the organization’s educational programs “and preserve its significance as a sacred place of remembrance, reflection and education.”

Anniversary in the Schools Webinar. A free webinar for schools will include a film highlighting first-person accounts of the attacks, and allow viewers to interact with museum staff via live chat. It will be available on-demand beginning Sept. 10. 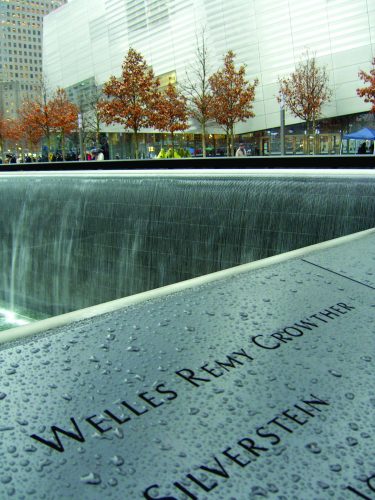 Welles Crowther was a 24-year-old equities trader at Sandler O’Neil and Partners on the 104th floor when United Airlines Flight 175 hit the South Tower of the World Trade Center.

He called his mother and left a voicemail: “Mom, this is Welles. I want you to know that I’m OK.”

Helping many to safety

After that call, however, Crowther’s instinct as a former volunteer firefighter as a teen kicked in. He made his way down to the 78th floor sky lobby and became a hero to strangers known only as “the man in the red bandana.”

According to reports, “Amid the smoke, chaos and debris, Crowther helped injured and disoriented office workers to safety, risking his own life in the process. Though they couldn’t see much through the haze, those he saved recalled a tall figure wearing a red bandana to shield his lungs and mouth.”

“He had come down to the 78th-floor sky lobby, an alcove in the building with express elevators meant to speed up trips to the ground floor. In what’s been described as a ‘strong, authoritative voice,’ Crowther directed survivors to the stairway and encouraged them to help others while he carried an injured woman on his back. After bringing her 15 floors down to safety, he made his way back up to help others.”

“Everyone who can stand, stand now,” Crowther told survivors while directing them to the stairway exit. “If you can help others, do so.”

Crowther was credited with saving at least a dozen people that day.

Crowther’s body was later recovered alongside firefighters in a stairwell heading back up the tower with the “jaws of life” rescue tool.

“He’s definitely my guardian angel — no ifs, ands or buts ­— because without him, we would be sitting there, waiting [until] the building came down,” survivor Ling Young told CNN.