You Can’t SEE if your eyes are closed! 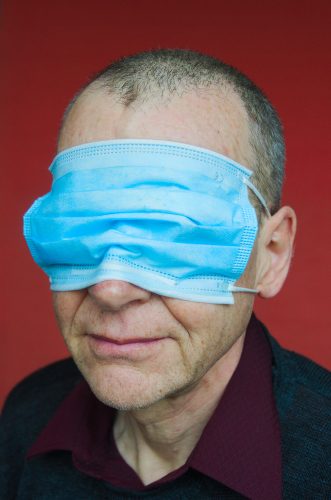 During the past 18 months we have been in various stages of lockdowns, debates over mask mandates, vaccine approvals, vaccine hesitancy and outright denial. Here we stand in the midst of yet another surge of infections, hospitalizations and deaths, and life as we know it has still not returned to “normal.” It’s as if a large percentage of our population enjoys being in an apocalyptic parallel of “Night of the Living Dead.” The zombies were the affliction in the movie and the citizen population were united in killing, conquering and avoiding contact with those who had been in contact with the zombies because they did not want to become zombies too.

In this dystopian daily show that we are now in the midst of, “Night of the Living Dead” is almost preferable as a storyline.  If the current citizen population were in the Hollywood version of this dystopian reality they would be running up to the zombies screaming, “Bite Me! The government can’t tell me what to do! I refuse to live my life in fear! If I die, I Die! We all have to Die of something!”  Which sounds fine if you’re in a Hollywood movie script but if you are living with the rest of US, it’s a type of insanity and “pseudo bravo-osity” that  the majority of citizens are NOT prepared to accept or cosign, all for the sake of your so-called “individual freedoms”! The consequences of death and or severe illness are not anything most of us are willing to play around with, not to mention the fact that we want to get back to living our lives and have been willing to do the necessary things like getting vaccinated in order to do so.

Science has made it possible for us to have avoided, for decades, diseases, severe illness and deaths from communicable diseases and infections like Polio, Tetanus, Flu, Hepatitis B, Hepatitis A, Rubella, Hib (Hemophilus Influenza type B), Measles, Whooping Cough (Pertussis), Pneumococcal Disease, Rotavirus, Mumps, Chickenpox, and Diphtheria. Science has caused many of these diseases to be all but eradicated. One of the most important and highly effective vaccinations of our lifetime was the smallpox vaccination with vaccinia virus, which at a time, the disease was killing people in epidemic portions. Smallpox was more contagious than COVID-19 with a 30% mortality rate, it was one of history’s biggest killers. The disease used to kill millions of people every year, but due to the efforts of science and medicine the disease has been eradicated.

Science works! It has decades of proof that vaccines are effective when the society chooses to participate in getting vaccinated. Medical professionals of solid reputation and reputable character are saying that the ONLY way out of this pandemic is to have a large percentage of the population fully vaccinated. Unless we want to continue to devolve into a science fiction dystopia, we should believe the history and believe the science.

Too many people are unvaccinated right now for us to be able to STOP the surge of COVID-19 and her more infectious cousin the DELTA variant. It’s time for the people who want to continue rolling the dice and playing with this pandemic to bear the consequences of those choices for themselves and no longer be able to freely impact those people who are agreeing to fight the virus with the scientific remedy and personal responsibility like mask wearing, hand washing, and social distancing. For the other part of the population that wishes to remain intransient for whatever their reasons may be, it’s time to recognize the fact that they will not change.

We must open our eyes and believe what we SEE!  Newton’s third law of motion clearly states, “… for every action there is an equal and opposite reaction.” There are consequences for our actions and for our inaction. Those who willfully choose to refuse the remedy must be the ones who bear the consequences of that choice. Until we can fully emerge from these dystopian times, we must realize that zombies are walking amongst us. They cannot SEE because they have their eyes closed. It is our job to stay safe and keep ourselves away from them or “suit up”, “mask up,” and protect ourselves if we must walk amongst them.

Remember, there’s no happy ending in “Night of the Living Dead”; the hero DIES! #spoileralert