War I despise ‘cause it means destruction of innocent lives.

When their sons go off to fight and lose their lives.

War is an enemy to all mankind.

Too many people just get left behind

War…. ain’t nothing but a heartbreaker…

Friend only to the undertaker!

made him disabled , bitter and mean.

Life is too short and precious

To be fighting wars each day

It can only take it away

The thought of war blows my mind…

Induction, Destruction Who wants to die? “ 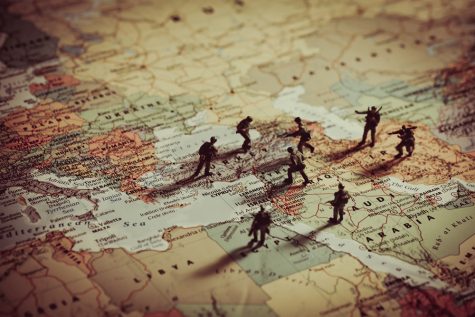 The heartbreaking images flooding the media, newspapers, journals, television networks, radio stations, and social media outlets are a reminder of the painful humanitarian tragedy that we all knew would be the evitable outcome of America’s 20-year occupation in Afghanistan. We knew it was never going to end well so we kept postponing our exit. History did not educate or inform us. We did not learn anything from our past conflicts and mis-guided incursions into places where we had no business inserting ourselves.

There are ancient battles and ancient lands all over the globe whose history, culture and politics Americans have very little knowledge about. Americans aren’t too keen on learning much about their own history, culture or politics, and so it’s no wonder there is so much ignorance regarding the nations of the Middle East and beyond. Many powerful nations before the U.S. have attempted to invade, subdue, and transform “other” peoples and nations with the claim that it was about national security or that “they hit us” and we have to hit back! So much blood spilt, and sacrifice made when the outcome was always going to be less than we wanted or expected it to be.

Politics and propaganda always seem to seduce us into believing that the most powerful industrial military complex in the world cannot be defeated when the fact is, that could not be further from the truth. We’ve been duped before and continue to allow ourselves to be deceived. The angst and self-righteous indignation that’s happening right now is almost laughable if it weren’t so tragic.

Everyone has something to say now about what we “should do” and what we “should’ve done.” Too late. We have crossed this road before and saw the 12 ton 18-wheeler barreling towards us bent on our destruction, and yet there we stood for over two decades knowing that the only thing that could happen is exactly what is happening right now!

WAR is hell! And leaving HELL is much more difficult to do than going into hell in the first place. What we need to do is recognize that not all of the people in

Afghanistan are going to be getting out of there unharmed and many will not be getting out at all. All we can do is to do our best to get as many people as possible who want to get out, OUT. We will then have to live with the consequences of that!

Stop pointing fingers unless you are completely not a part of this nation or allied coalition who also supported that war with blood and treasure. If you call yourself an American…we must all bear the burden of what we are now witnessing!

“Peace. Love and understanding…is there no place for them today? They say we must fight to keep our freedom, but Lord knows there’s got to be a better way. “