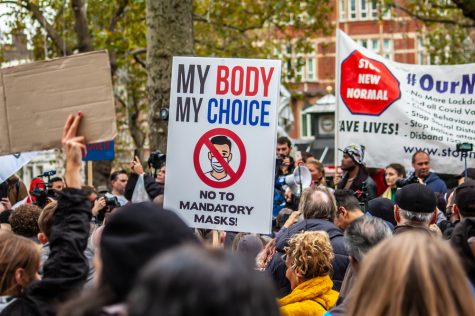 The USA, as expected, earned the most medals of any country at the 2020 Olympic games in Tokyo, Japan. While our nation’s athletes had historic and monumental wins at the games, there were epic failures too! We witnessed both the glory of overcoming all odds and the agony of losing when all the odds were in your favor. Olympic sports span the spectrum of the individual athletic accomplishment to the precision of team competition. And yet, however great individual accomplishments may be, they cannot compete with the power and passion of the victories won through the collective hard work, strategic adjustments, and focused commitment to what “we” can accomplish together as a TEAM.

However formidable the talent or greatness of the individual athlete may be, there are certain sports that cannot be accomplished without the collective efforts of the entire group or team. The group MUST work together in order to accomplish the goal of winning the game or vanquishing the opponent. Working alongside others in order to accomplish specific goals or tasks is often so very hard to do and yet it forces us to recognize that we cannot complete some things by ourselves. It requires us to admit that there is a strength, a potency, and a sense of common unity in teamwork that makes each and every one of us something greater together than we can be individually. Together the athletes representing the USA at the Tokyo Olympic games won 113 medals. Individually athletes won 39 gold, 41 silver and 33 bronze medals, but the collective efforts of all of our athletes yields far more than any one individual could ever obtain.

Working together as a team accomplishes so much more than we can do alone, yet America as a nation is failing miserably as a team. We are supposed to be the richest most powerful nation in the world. We have more resources, power, and potential to be a leader among nations, and a model for the world, yet we are falling far short of our potential in so many ways.

One major area of our woeful deficiency can be seen when we look at the national response to the global pandemic. Our nation is losing the battle right now when we should be far and away the winningest team on the field. Why? Because of the toxic culture of politicizing what has no business being a political issue. Public health has always been infected by politics; however, the Coronavirus and all of its variant cousins does not care about race, age, class, ethnicity, national origins, gender or political parties. The virus does not care! It infects, hospitalizes and kills indiscriminately.

The United States of America leads the entire world in infections and deaths. We have lost over 630,000 people of all races, ages and political persuasions to this unrelenting infectious disease. Now the Delta variant is threatening to lock us down again just when we were beginning to make some headway through the life-saving efforts of multiple qualified vaccines available free of charge for ALL Americans. Many states and municipalities have employed all types of incentives for people to get the vaccine, including offering them up to $100 cash money.  Yet we continue to have an abundance of vaccine doses stockpiled and lagging participation in receiving the medicine designed to prevent severe illness, hospitalization, and death.

Instead of coming together as “Team America”, we have politicians bent upon promoting their own political aspirations, agendas and avarice disabling and dividing the team using infectious and debilitating disinformation. These elected officials are using disruptive tactics to promote themselves as individuals instead of building, supporting and consolidating the TEAM around defeating the enemy and winning the game. Teamwork and team effort requires that we look out for the whole team and not the individual player. This is particularly true when the individual’s personal goals and aspirations bring harm instead of

help. In sports, the players who are in the game for themselves alone must be removed from the field of play in order to advance the team forward.

Right now, Americans must begin to recognize that in this deadly struggle against COVID-19, if we do not fight together, we will most definitely lose together. In this case, our loss could increase the death toll to a million Americans dead before we reach the end of this pandemic. #GetVaccinated before it’s too LATE! This is NOT about politics; it’s Not about sports. It’s about Life & Death.

Networking Tips during a Pandemic