The strong Black woman trope is a myth that perpetuates the idea that Black women have an inhumane toughness and are uniquely indestructible. 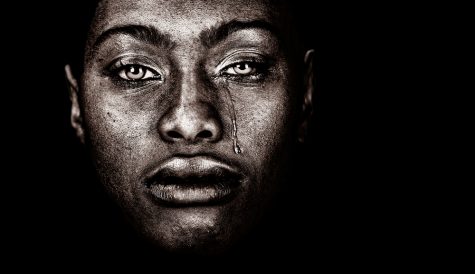 Serena Williams, Naomi Osaka, and Simone Biles are all champions on the world stage. They have all captured the attention of media pundits, a global fan base, and made an historic impact on their sport and the narrative around female athletes. However, that is not all these women have in common. These women have experienced the immense pressure of being both an elite athlete, in the age of excessive media coverage and the intrusion of social media’s grotesque and prolific saturation making everyone a so-called “expert commentator” in all things they clearly know little to nothing about and being Black.

These incredible athletes have managed to survive all of the accolades and the scorn while also being Black women. When considering what it is to be a Black woman navigating life, health and overall well-being, what must also be considered is the impact of institutional and individual forms of racism and discrimination against Black people. Additionally, what must be considered is the intersectionality of gender and race, as well as the historical context and perception of Black women that disproportionately impacts Black women’s health in the United States.

The vitriolic outrage has been extreme, and both racist and misogynistic in nature. Respectively Williams, Osaka and Biles have been accused of being “too-soft”, “too emotional”, ”her physicality is off”, “she’s not the most graceful player in the sport” , “there’s a lack of mental toughness”, “too aggressive”, “selfish”, “childish”,  “she lacks the mental wherewithal or focus to overcome challenges”, “she’s a quitter”, “she’s letting her team down”, “she’s letting her country down!” ENOUGH! None of these types of assaults have been hurled at white female athletes, at the top of their game, in these respective sports.

The intersection of race and gender for Black women is more than just being Black or being female. It is the synthesis of the two. Black women have historically been subjected to high levels of racism, sexism, and discrimination while being simultaneously expected to maintain an extraordinary level of production as if Black women in particular are impervious to the physical, psychological and emotional toll that racist and sexist practices and policies take on their psyche and overall mental health.  The trope of the “strong Black woman” supports, encourages, and elevates this pathology in all aspects of society, employment, health, and politics.

When Naomi Osaka pulled out of the French Open, as some say, due to a “dust up” around her refusal to meet with the press and subsequent fines she incurred by the Tennis Association, she brought world-wide attention to the humanity, the mental health, and the actual humanness of even great athletes with amazing talent and what appears to be superhuman physical ability. Osaka said she needed time to focus on her mental health. She needed some ME TIME. She faced an immediate backlash but nevertheless she persisted! She opened the door for Simone Biles to reclaim her time too! Recognizing that her mental health was putting her at risk of severe injury while competing for Team USA at the Tokyo 2020 Olympic Games, Simone stepped away from the competition to take care of herself. Given the extreme danger that flying through the air at spectacular heights and extreme speeds wearing nothing for protection but a thin layer of lycra or spandex is, Simone Biles recognized that her mental state of health could cause her to sustain a life threatening or career ending injury. The risk was far too great, and her mental health was far too important and so she stepped off the floor and out of the competition. In that moment, Simone Biles blew up the age-old racist trope of the “Strong Black Woman” and we are All GRATEFUL for that!

Let us also never forget that Biles along with hundreds of young women and girls are survivors of generational sexual assault by the very institution (USA Gymnastics Association) that STILL wants to lay claim on their bodies, minds and souls. Although certain perpetrators have been tried and convicted, the USA Gymnastics Association and their associates have not yet been held accountable for the decades of abuse.