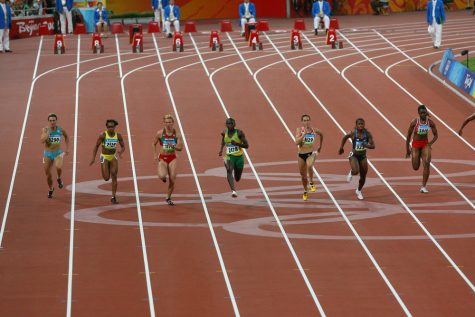 Whatever “euphemism” you prefer, whether it be PoC, melanin-ated people or BIPOC, the first being people of color, melanin-ated refers to the level of melanin genetically attributed to certain “races” of people and to the lack of melanin in others, and Black, Indigenous, People of Color is what is meant by BIPOC (although that term has recently stirred up push back as to how it came to be and who said so?)  In any case, the global majority consists of peoples of color with shades of darkness almost black to shades of brown, creamy beige to khaki tan. All one needs to do is look at something as profound and “a-political” (if there can be such a thing) as the parade of nations this past week at the, much delayed yet not denied, 2020 Olympic Games in Tokyo, Japan. The world is full of people with so many beautiful shades of skin color, diverse cultures, languages and displays of history, beauty and artistic practice.

It really is unfathomable that we’ve all been duped into believing in what is called “the dominant culture”. It’s almost psychologically dysfunctional or even pathological to believe in the mythology of what we have called white supremacy. And yet? We allow ourselves to be deceived into believing this mythology and falsehood, this outright LIE. Why? Whiteness has come to represent in law, education, philosophy, medicine, history, politics, social science and much more something that has an innate superiority. “Whiteness” has functioned within American society as the dominant culture and standard by which we measure success, humanity, entitlement, and promise. This is the legacy of a nation founded on the principles of liberty, freedom and justice for All. However, the founding documents, principles and precepts of this nation were written by white men. It was created by them and for their purpose, joy, enrichment, and pleasure. The legacy of that is that “whiteness” and the white male ultimately determined who was worthy, who was or was not equal, and who was or was not considered a full human being. All of those determinates played a significant role in the historic legacy and inheritance of this new nation? The dye was cast within this nation’s declaration and constitution and became the story that wrote the United States of America’s future in blood.

Watching these amazing human beings during the Olympic Games demonstrates to all of us that the entitlements and mythology of this so-called “white supremacy”  and “dominate culture” are nothing but fiction. It is a well-worn and well-written narrative that too many within the global community believe because that is what we have been taught for generations upon generations. Colonialism and imperialism have functioned as collaborators in creating this mythology and propagating it throughout the world. However, with the invention of television, the internet, and social media we have now created a world that cannot hide from itself! We can SEE who we are. We can bask in our collective Color FULLNESS! It is awesome to SEE the representatives of the world community on full display as we witness the parade of nations with our own eyes. The witness of the global community attests to this indisputable Truth, colored peoples are NOT the minority in this world, and we need to stop responding as if we are the minority. We need to start to embrace our collective power to effect CHANGE! It is time for a paradigm shift! The expression “We all came here on different ships… (respectfully, our Indigenous sisters and brothers not included in this specific expression with regard to U.S. history, although many also traveled by ships/boats/vessels, etc.). We are all in the same boat now” is speaking volumes to the state of the earth we now inhabit.

We are global citizens, and our Mother Earth is in deep trouble. This is something that all of the ”riding of rockets to the edge of  space”, that rich white men initiate for the kicks & giggles of it, will not ameliorate. With knowledge comes responsibility. Just because you can do something does not mean that you should. We must begin to embrace the knowledge that unlike the lessons we have been taught, “white is not always right!” The world’s majority population needs to connect with our collective power and influence and CHANGE the direction that we have been travelling or we will allow those who have taken control by force and by “entitlement of their birth” to sink us into an abyss. Time is running OUT!

An Elevated Sandwich for Any Occasion