Two Summer Games athletes to keep your eyes on 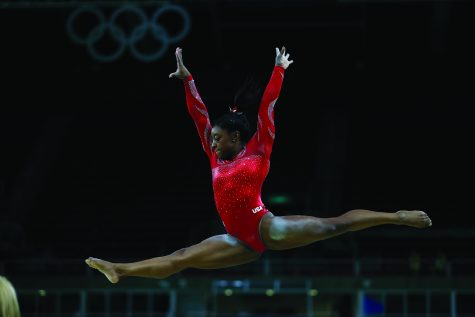 Simone Biles’ journey to her status as the most decorated U.S. women’s gymnast ever started off quite simply.

“I went to Bannon’s on a day care field trip,” she said, according to USA Gymnastics. “While there, I imitated the other gymnasts, and Coach Ronnie noticed. The gym sent home a letter requesting that I join tumbling or gymnastics.”

Biles appears more than ready for the Tokyo Games — set for July 23 to Aug. 8 — after a record seventh U.S. All-Around title in June.

Biles, 24, is vying to become only the third woman to win back-to-back All-Around gold in Japan and the first in more than 50 years, since Vera Caslavska of then Czechoslovakia in 1964 and 1968 in Tokyo and Mexico City. Larisa Latynina of the Soviet Union was the first, in 1956 and 1960.

Winning at the U.S. Gymnastics Championships in Fort Worth, Texas, seemed to only confirm what we already knew: Biles is the best gymnast in the world. Biles, a resident of Spring, Texas, has won every all-around competition she has entered since 2013.

In Rio in 2016, she won four of the possible six gold medals — team, all-around, vault and floor exercise — losing only on bars and beam. Can she do better than that in Japan? It’s very possible.

Missing from her routine in the floor exercise at the U.S. championships was the Yurchenko double pike vault, which amazed onlookers at the U.S. Classic. The move is so difficult and potentially dangerous that no other woman has attempted it in competition. In that move, Biles starts with a back handspring then flips twice in a pike position before landing.

It is expected that Biles will bring back the Yurchenko double pike in Tokyo.

Biles will be looking to add on to a legacy that is secure. She has won 25 World medals, the most in gymnastics history, as are her 19 World gold medals. Biles is also the first woman to win five World all-around titles, 2013-15, 2018-19. In total, Biles has won 30 World and Olympic medals. 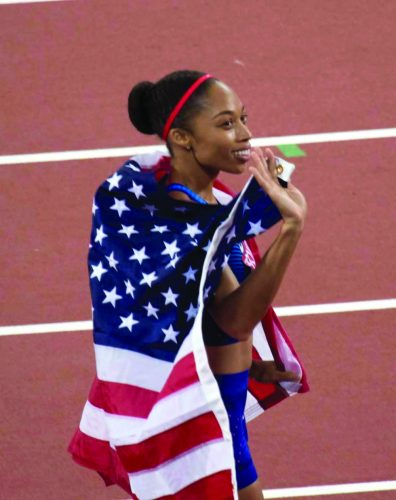 During her fifth Olympic Games, in Tokyo, she can become the most decorated U.S. track and field athlete ever. That will make your head spin, considering a USA track and field history that includes Jesse Owens, Carl Lewis, Jackie Joyner-Kersee and Florence Griffith Joyner. But, with nine total medals, including three silver, all she needs is two more to overtake Lewis.

Felix enters the Tokyo Games tied with Merlene Ottey, who represented both Jamaica and Slovenia, for the most Olympic track and field medals by a female athlete. Felix made her Olympic debut in 2004, winning silver in the 200 meters. Four years later, in Beijing, she won another silver medal in the 200 and added her first gold as a member of the 4×400 team. In London, she racked up three gold medals, including one in a solo event, the 200, and two more in relays in the 4×100 and the 4×400. In Rio, she won silver in the 400 and two more gold medals in the 4×100 and 4×400.

Felix, who studied at Southern California and has a degree in elementary education, was selected to TIME magazine’s list of the 100 Most Influential People of 2020 for speaking out about pregnancy discrimination. Felix had asked for — and was denied — a contractual guarantee from Nike that she wouldn’t be docked pay based on performance in the months after giving birth. As a result of her public outing, Nike changed its policies.

Felix also took to TIME to pen a message of hope in the midst of the Covid-19 pandemic, and not simply for athletes.

“We are facing tremendous challenges and loss of an unthinkable proportion,” she wrote. “But as a global community, we have to commit to waking up tomorrow morning and finding a new way to relentlessly pursue our audacious dreams.” 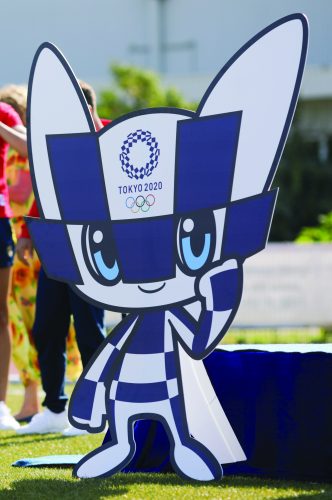 Answers to some frequently asked questions about the Olympics in Tokyo, the Games of the XXXII Olympiad, from Kyodo News and The New York Times.

What will the athletes’ experience be like in the Covid era?

Under the current plan, athletes from overseas need to test negative for the virus within 72 hours of their departure but will be exempt from Japan’s 14-day quarantine rule. Face masks are mandatory at the athletes’ village, where they will be tested for the virus daily. Athletes can only go to their venues and other limited locations using designated vehicles. Sightseeing or visiting restaurants and bars will not be allowed.

Will fans be allowed at venues?

No. A recent state of emergency has been enacted due to Covid-19.  It had been announced that no overseas fans would be allowed, now all fans are being forbidden to attend.

Where are the venues?

There are about 40 in total, though the main venue is National Stadium in Tokyo, the 157 billion yen ($1.4 billion) facility designed by Japanese architect Kengo Kuma. The stadium has five stories above ground level and two floors below and replaces the previous National Stadium used as the main venue of the 1964 Tokyo Olympics. This stadium features multilayered eaves using wood from all 47 of Japan’s prefectures.

What is the Olympic mascot?

The blue-and-white Olympic mascot is called Miraitowa, whose name is based on the Japanese words for future “mirai” and eternity “towa.” The pink Paralympic character’s name is Someity, which comes from a popular variety of cherry tree. The mascots, designed by illustrator Ryo Taniguchi, were selected through votes by elementary school students. Miraitowa is described as having the ability to “instantly teleport anywhere it wants.”

The summer heat and humidity. According to the Japan Meteorological Agency, the average daily temperature in Tokyo topped 84 degrees Fahrenheit in August last year and there were 11 days that logged 95 degrees or above.

Five Tips to Boost Your Resume This Summer

An Elevated Sandwich for Any Occasion