The Paradox of America 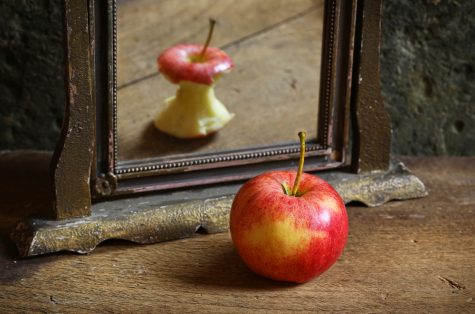 A paradox is a situation, person, or thing that combines contradictory features or qualities. It’s almost “as if” the word paradox was invented to define the basic nature of America since its inception. The “grand experiment” of this country is both extraordinary and complex. When we consider an America that describes itself as “the land of the free and the home of the brave”, the paradox begins. The truth of that statement lies in fact that the lands and territories that we call the United States of America was first inhabited by Native Americans. It is where the Indigenous Peoples freely claimed the care and custody of this land. For centuries upon centuries, they took care of America’s vast diversity of animal life, vegetation, crops, forests, plains, deserts, lakes, rivers, and glorious mountain ranges all before Europeans ever landed on Plymouth Rock.

The founders of this nation were all white men, and while touting “We hold these truths to be self-evident that all men are created equal and endowed by their Creator with certain inalienable rights. That among these are Life, Liberty and the Pursuit of Happiness” , they unscored the paradox of this new nation. Either they did not completely understand the definition of the word “All.” Or they made it clear that for them, the word was only pertinent to the purviews, perspectives and promise of white men. In making this assertion, they excluded from their declaration all people who were not white and who were not male.  In fact, over the centuries of America becoming the nation she is today, wars have been fought, lands stolen, people conquered, laws written, and institutions created to cement into place the definition and limitation on the word “ALL” that the founders intended. It was clear that America at its inception was being built to include some and exclude others. This is yet another paradox that is foundational to the nature and character of America.

The blueprints for this new nation were drawn up and signed by the Continental Congress on July 4, 1776, at Independence Hall in Philadelphia, Pennsylvania. The 56 delegates represented the 13 colonies, 12 of which authorized the approval of The Declaration of Independence on that July date making the 4th of July our nation’s Independence Day to this day. The foundation was laid for the patriarchy to continue to rein and rule as our paradoxical government for generations to come.

Although the United States has been evolving and our government and its institutions have been moving towards a “more perfect union,” the internal systems, practices, and institutions have been infected and informed by this nation’s foundational principles whereby our government was created for the few to be over the many. It was in effect created to be minority rule. Which is one of this nation’s biggest paradoxes. At its founding, white men were already the minority and therefore it became an imperative for them to create a system with institutional support whereby they could retain and maintain power and control.

And so, it is clear that the journey towards liberty, freedom and justice for all has been fraught with the constant struggle to detangle ourselves from what was and is the exact meaning of the declarations of America, as contrasted with their ever-evolving interpretations. We have a real paradox in what the Declaration of Independence and the U.S. Constitution, as lofty and dynamic as they both are as written documents, really were intended to mean and who they were intended to include. Because most of us are NOT the “We the People…” that the founders were talking about in 1776. The paradox is that although evolution is a

part of survival and human advancement, too many Americans want to cling to the “letter of the law” instead of embracing the “spirit of the law.”

We are a diverse and expanding nation of people, ethnicities, races, creeds, colors, nationalities, genders and identities. It’s time to acknowledge that! It’s time to include ALL of us in the promise of America. Regardless of how we began as a nation, stealing land, enslaving people, excluding women, and all non-white male landowners in governance, we NOW need to recognize the paradox of America as a barrier to CHANGE and Progress. If we do not, we will never fulfill our Promise of becoming a “more perfect union” and the grand experiment will be a dismal failure.

A Perfect Pairing for Summer Supper

Can you measure your nonprofit impact?