Don’t Get It Twisted 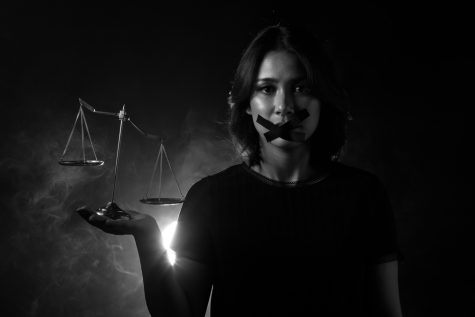 We are NOT in the middle of a revolution in America right now no matter how much hysteria, propaganda and false equivalencies are being generated through political pundits, media outlets and the mostly far-right-leaning conservative political power base. NO. What we are now experiencing is a momentary opening in the consciousness gap. Sad to say, so much of America has literally been UN-conscious since birth.

Many people have never cultivated the type of intellectual curiosity that compels them to question injustice, inequality and systems of oppression. Many have just accepted, without question, the way things are and have always been. This is primarily due to the fact that they have been living a “good life”, they “feel” included and validated as a full citizen with all the rights and privileges afforded therein, and the so-called “American Dream” is an actual reality for them. However, since the inception of this country, there have always been those for whom the rights and privileges of full citizenship have been outright denied. And still others for whom those rights and privileges have always been just out of reach for reasons both known and unknown. Throughout the history of this nation there have been many of these momentary gaps whereby people who have remained unaware, uninformed, or intentionally oblivious have been forced to see something they have not seen before or they’ve been made to recognize and acknowledge a truth they had previously denied.

We are in another one of those moments right now in America. Like the moment when Emmitt Till’s Mother Mamie Mobley allowed her son’s brutalized body to be publicly displayed on television and throughout media outlets for the entire world to see. Mrs. Mobley wanted the world to see the inhumanity and brutality of the white rage that murdered her 14-year-old son. When the world saw the published photographs of Emmitt Till’s body, which was unrecognizable, it stirred up a national outrage and ignited a movement towards civil rights and the call for equal justice under the law. The consciousness of a nation was pricked. Those who didn’t want to see could not look away and those who were in complete denial had to acknowledge the inequity, inequality and injustice of living while Black in America. It birthed the modern Civil Rights Movement. The movement was actually able, through non-violent civil disobedience, marches, sit-ins, demands, and many rallies, meetings and conferences to get major legislation signed into law. In 1964 and 1965, the Civil Rights Act and the Voting Rights Act were as consequential as the Emancipation Proclamation. This was another one of those momentary openings in the consciousness gap.

The founding of the NAACP was in response to a deadly race riot in 1908 in Springfield, Illinois. The same old story of a Black man being accused of “assaulting” yet another white woman. At the time, eruptions of anti-Black violence, lynchings and assaults were common-place events. The tipping point was the race riot in Springfield where Black people were lynched, shot in the streets and their businesses and homes burned to the ground. A group of activists including W.E.B. DuBois, Ida B. Wells and Mary Church Terrell and white liberals including Mary White Ovington, Oswald Garrison (both descendants of famous abolitionists)

and William English Walling and Dr. Henry Mascowitz issued a call for racial justice and the NAACP was founded the following year.

Now, here we are more than a year past the murders of Ahmaud Arbery, Breonna Taylor and the publicly televised lynching of George Floyd which ignited world-wide outrage and a so-called “racial reckoning.” But wait, the only murderer to be tried, convicted and sentenced, thus far, is the former police officer who murdered George Floyd. So, this is NOT a Revolution …it’s best described as an “evolution” and it always has been. This is because “Consciousness is Temporary” and America has a very short attention span. Don’t get it twisted! When the Revolution comes… you will NOT miss it!

Master Summer with an Apple and Mandarin Macaroni Salad