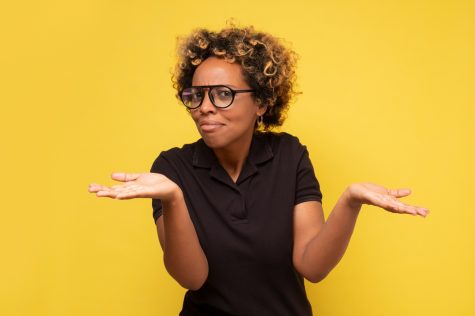 America just got a new national holiday. On Thursday June 17, 2021, President Joseph R. Biden signed legislation enshrining June 19th as the national day to commemorate the end of chattel slavery in the United States. Although the Emancipation Proclamation was signed in 1863 which “freed” enslaved Black people from the literal bondage of slavery, the “official word’ did not reach the enslaved African Americans in the state of Texas until 2 and a half years later when a Union Major General named Gordon Granger and his troops arrived in Galveston, Texas with the “official news” that the enslaved were now free.

While Texas was the first state to make Juneteenth a state holiday, many states have recognized the day in various ways with community events and celebrations throughout the years. So why now? Why do we now want to recognize the liberation of enslaved Black people in the country that claims it is the “land of the free and the home of the brave?”  Of course, this holiday is more than worthy of commemoration, even though it’s been 158 years since Abraham Lincoln signed the Emancipation Proclamation.

So why NOW are we making Juneteenth a national holiday? There are so many false narratives and constructed realities to unpack here but one of the most problematic is that it has something to do with the so-called racial reckoning America has been experiencing. It feels like a false assumption to believe that since the public murder of George Floyd by a Minneapolis police officer last year America is now ready to recognize the historic legacy of chattel slavery and its profound and traumatic effects on this nation and its people. America is definitely NOT ready for that! So why have we just birthed this particular “new” national holiday?

Let’s first stop believing that the enslaved African people who lived in Texas had no idea that there had been a Civil War and failed insurrection to overthrow the government. It was known (underground) that although the claim was “states’ rights”, the fundamental contestation for the war was “the right” to own and breed slaves. After all, it was the economic foundation of the southern economy. There was always a resistance, even in Texas.

It is much more plausible to believe that the enslaved knew full well that there had been a war fought and won and that the institution of slavery was at the center of the debate. It is more realistic to believe that the enslavers themselves held the newly emancipated African Americans in bondage because it served their purposes more effectively. They needed the labor of the enslaved to bring in the crops, work the fields, and livestock for their own economic improvement and sustainability for as long as they could hold on to them. It is not unlike how the federal government has had to mobilize troops to enforce laws dealing with civil rights, justice and equality each time entrenched white supremacist ideology refuses to release its grip throughout the history of this nation.

After the SCOTUS decided Brown v. the Board of Education in 1955 outlawing segregation in public education, the federal government had to send in the national guard to protect the Little Rock Nine in little Rock, Arkansas in 1957 when they integrated the all-white Central High School. It is no different than when Little Ruby Bridges, the first African American child to desegregate the all-white Frantz Elementary School in Louisiana during the New Orleans school desegregation campaign in 1960 had to be protected by federally mobilized troops. Texas refused to recognize the law of the land and the federal government had to send in the troops to force them to comply.

Right now, there’s an assault on voting rights all over the country while at the same time the national discourse is focused on the misrepresentation of Critical Race Theory as some sort of “marxist/socialist boogey man.”  Again, the propaganda machine claims that teaching about race and America’s racial history is harmful to white children, making them “ashamed” of being the exceptional Americans they have always been. These so-called “patriots” now want legislation passed to prohibit the history of the enslaved from being taught in public schools. All of this while we just celebrated a new national holiday called Juneteenth. A holiday commemorating the end of chattel slavery in the United States of America. Makes one wonder, why now?