What You Say… NOT as Important as what you DO 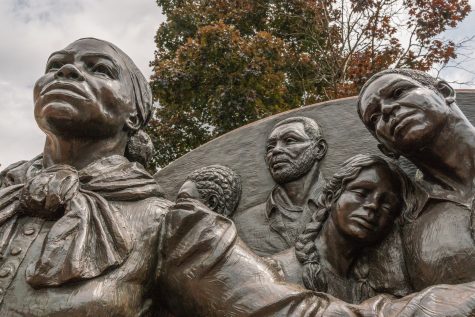 There has always been Black Excellence. It is Ancient. That is a FACT. However, the recognition of Black Excellence by the so-called “powers that be” within the dominant culture has always been inextricably bound to their resistance to, and denial of the reality of Black humanity. Since the arrival of the first enslaved African people on the shores of what would become the United States of America, Black people have always been relentlessly in pursuit of freedom, justice, equality and liberation in this country. While simultaneously, the “Founding Fathers” seeded and nurtured a resistance to that earnest pursuit.

There was an historic denial of Black humanity by whites, and a refusal to acknowledge any formative role that people of African descent played in human progress. Any contributions to human advancement made by people of African ancestry had to be suppressed, hidden and denied in order for white supremacy to take root within the cultural continuum of the constructed American story. That story could not be embraced if the innate humanity and equality of Black people were to be recognized.

The truth is that African descended people are foundational to the history of humanity and civilization itself and our contributions to human history, science, arts, technology, and culture are irrefutable. And yet, it is only within the last decades of the 20th century and the first several decades of the 21st century that Black History has truly been acknowledged within the “American” cultural continuum and become a part of the American story. This more recent acknowledgement is a contributing factor to the angst, controversy and resistance surrounding the revision of curricula that looks at American history and the constructed American story through the lens of Critical Race Theory (CRT). What we need in this country is a Truth and Acknowledgement Commission.

In the aftermath of the George Floyd murder and the social justice protests that followed it, colleges, universities, organizations, media outlets, and government bodies all over the country began to make proclamations and declarations decrying racism, injustice, systemic and institutional bias, and inequity. They went beyond just the strategically placed “People of Color” on their websites, to claiming that they were both “Diverse AND Inclusive”! The social media hashtags and websites of organizations all over America claimed they were in solidarity with Black Lives Matter. They shouted in platitudinal tones “This is NOT who we are!” ” This is NOT what America stands for!”  So loud and harmonious was their collective voice, it begs the question, a year later, “What has actually changed?” The old adage “Actions speak louder than words” comes to mind. Because not really much has actually changed. There’s been a lot of TALK but very little ACTION to accompany those words.

This week, a distinguished Black scholar demonstrated the fundamental power of Action. She set the high bar of Doing something to accompany the words that you say and the beliefs that you espouse to be true. Dr. Lisa Jones is a world class chemistry scholar. She was being aggressively recruited by the University of North Carolina- Chapel Hill for the past two years. In her letter withdrawing her candidacy to join the faculty at UNC, Dr. Jones cited UNC’s refusal to award tenure to renowned Pulitzer Prize winning author Nikole Hannah-Jones as the determining factor. Hannah Jones’ critically acclaimed “1619 Project” published in the New York Times Magazine is the epicenter for the white grievance politics stirring up the controversy. In addressing the university’s decision, Dr. Lisa Jones said, “It does not seem in line with a school that says it is interested in diversity.” With that, Dr. Lisa Jones did not accept what would have been a most

prestigious appointment at UNC in the Chemistry Department. This is an example of the power of action. One Black woman standing up for another, is a recognition that we are ALL in this struggle together.

What impacts one of us impacts all of us. If you say what you mean, then your actions will undoubtedly reflect the veracity of what you say. However, it is clear that when the “rubber meets the road”, most people, institutions, organizations and government policies too often “say” much more than they are willing to DO!

Breakfast with a Powerful Punch