A Lukewarm Response is Unacceptable 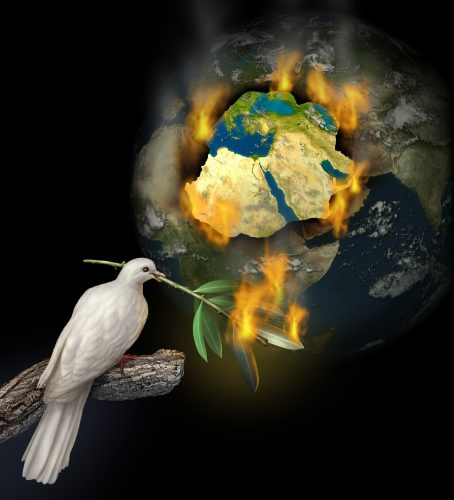 The situation in the Middle East between Israel and the Palestinians is a crisis and a human rights atrocity. Once again the tepid response of the United Nations and the United States remains unacceptable and insufficient. If we are to be leaders on the world stage, we must do better. Why? Because we know better! The public pronouncement is that the conflict is between Israel and Hamas. The collective response of most Americans is that we condemn Hamas as a terrorist organization and that Israel has the right to defend itself against terrorism. Yes. And if Israel has that right, then what about the rights of the Palestinian people? Do they have any rights? Because the bombs are falling on innocent Palestinian men, women and children.

With the death count rising disproportionately the world seems to be frozen, and it appears that “situational ethics” once again begin to infect the discourse. Yes, we condemn terrorism but again the USA deflects and obfuscates when addressing the situation with a litany of ineffective and impotent “diplomatic word salad” saying very little to address the blatant inequity of the situation. We know separate but equal is NOT equal at all because of our own history of racism and discrimination. We also know that the response of “Israel has the right to defend itself” rings as a hollow response in the current situation. It sounds like the “All Lives Matter” response to Black Lives Matter. It is a response to a question that is not being asked. It is a way of distracting and deflecting from addressing the question of “Do the Palestinian people have any rights?”

Also, where’s the accountability for Israel’s claims that they bombed the building that housed media outlets in Gaza because it was a hiding place for Hamas? Where’s the proof of that to justify bombing the free press? There’s a fundamental lack of fairness, equity and equality that has always been present in this on-going struggle for a two-state solution in the Middle East.

Can the U.S. and the United Nations at least call for an immediate ceasefire? Israel’s Prime Minister has publicly said there would be No Immediate Cease Fire. He was emphatic and unequivocal in his statement, even defiant. How much economic support does the United States and our allies give to Israel? It seems there should at least be room for some conversation and negotiation around the subject in order to prevent more death, destruction, and innocent blood shed on both sides of the conflict.

This conflict has been going on for decades and decades. There have been political leaders struggling with it for their entire public career. Bombing people into oblivion has never worked and relegating an entire people to second-class citizenship without having the right to self-determination has also been an historic failure. Not to mention the long-term traumatic impact these tactics cause and the generational trauma that will last many lifetimes.

All America has to do is look at her own history and the so-called “racial reckoning” this nation has been going through for the past year to 15 months. It has been packaged by the media as the “double pandemic.” Our own house is most definitely NOT in order, and yet, how can we stand on the platform of “building

back better” spouting “old, tired responses”? Particularly, after the proclamations so many in leadership have made regarding reforms and “justice, equity and equality” in their media appearances? What exactly are we doing right now?  Where is the accountability for what is happening between Israel and the Palestinian people?

A lukewarm response is unacceptable. There’s no leadership in that. Of course, Israel has the right to defend itself!! That is NOT the answer to the REAL question. Do the Palestinian People have any rights? That’s the question!!!

Should your campaign have an advisory council? Is it added work or a blessing?