The Evidence of Things Unseen 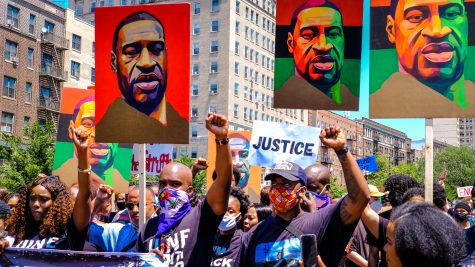 “The Killing of George Floyd” is prominently in the headlines this week as the trial of Derek Chauvin, the former Minneapolis police officer accused of murdering George Floyd by kneeling on his neck for over eight minutes and forty-six seconds on May 25, 2020, actually begins. The trail of Chauvin is more than a trial to determine whether or not there will be any accountability or consequences for the taking of George Floyd’s life.

What is also on trial is the American Justice System as well as the soul and moral conscience of both the American people and of America itself.  You see this exercise in “equal justice under the law” for ALL Americans is one in which the Black community is all too familiar. In all the years of my life and many other Black Americans before me for generations, the demonstration of that basic principle of law and order has been elusive at best and primarily nonexistent when it comes to the application of equal justice for Black people in America.

There is a preponderance of evidence that demonstrates to us over and over, and over again, that the justice system’s purpose is not in fact to administer justice equally to all people, but rather to protect the systems and powers that were designed and have been instituted over centuries and decades to keep Black people and other people of color from attaining the SAME equality, humanity and liberty as whites enjoy by virtue of their birth and declaration of their own predetermined superiority to other people who are not white-skinned Americans. This is the evidence that has been presented to us over and over again as Black and brown people have been beaten, assaulted, persecuted and killed by law enforcement and vigilante violence with impunity.

So, we have been here before. At this precise place, outside a courthouse in Somewhere City, USA, to hope once again in what we have never seen. Justice for another slain member of our community.

And yet, each time we suppress our doubts, our fears, our lived experiences, and we enter into the painstaking, arduous process of “proving beyond a reasonable doubt” that the injustice is clear, the accused is guilty, and that our demands for accountability and legal consequence are the Truth and nothing but the Truth. Once again we roll the dice, because for Black people the justice system is a crap shoot.  We roll again, with the hope that this time it will be different. This time we will prevail. This time America will show up for us like we have always, throughout our history in this land, showed up for America. We hope against hope that the same law that protects law enforcement and vigilantes “standing their ground”, will THIS TIME protect us. That the law will this time offer justice to us, to our communities, and to our grieving families.

If we look to past trials involving law enforcement, we have not seen evidence that this time will be any different at all. Many times, before, there has been video documentation, eyewitness accounts and even live streamed encounters with police officers using deadly force against unarmed Black Americans and there has been neither justice nor accountability. It has only been another effort in futility, disappointment and outrage. Black America has yet to see evidence that the system of justice actually works for us instead of against us. But “Faith is the substance of things hoped for and the evidence of things unseen.” And today all we can

do is keep hope alive. Because we truly have seen NO Evidence that this time will be any different than all of the countless “other times” when white America told us by both action and non- action that they don’t really care about us! They have demonstrated that Black Lives really don’t matter!

So, we will see how this trial of the American justice system turns out? We will see if once again the Black man who was murdered and can no longer defend himself is the one the justice system puts on trial rather than the white police officer who choked the life out of him as he cried out “I can’t breathe!”