The Gaudy Mumbo Jumbo of Politicians 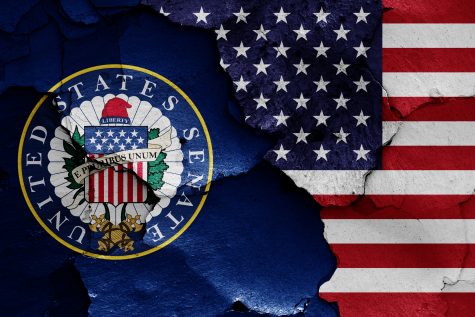 The facts were not in dispute and the truth was clear. And yet, the oaths taken and sworn by a minority (43) of these so-called “jurors” hearing a stellar presentation of the case against the former president, presented by the House Managers of the U.S. Congress meant nothing. The oaths they took were of no more import or matter to them than the fleeting moment when they actually placed their hand over heart, bible, or other such sacred book and swore to listen with open hearts and minds, and to hear the facts in support of the truth, regardless of their own personal beliefs or political allegiances.

The House of Representatives brought one article of impeachment accusing the former president of inciting an insurrection against the United States by attempting to stop the U.S. Congress from certifying the lawful votes cast by the American people in the 2020 presidential election. In the course of time, the former president continued to promote the false story or Big Lie that he (the former president) had actually won the 2020 election by a landslide and that the election had been stolen from him and his supporters. And by so doing, he so infuriated his base of support that he caused a mob of riotous insurrectionists to sack the U.S. Capitol, vandalize federal property, cause the deaths of at least 5 people, and the serious injury of 138 more over a 6-hour siege of the U.S. Capitol.

After all was said and done, given the overwhelming and definitive case made by the prosecuting House Managers, 57 Senators voted to convict the former president, but 43 were unable to put aside their personal fear of reprisal and partisan kowtowing in order to summon up the courage of conviction, to do what was RIGHT rather than what was expedient or safe. This, even though it was clear, given the evidence presented, that conviction was the only choice to be made. The former president was in fact Guilty as charged!

In the aftermath, even the former Republican Leader of the Senate, Mitch McConnell had to admit that the former president was in fact guilty. However, in order to find for conviction, the Senate had a threshold of 67 votes needed (2/3 of the Senate) and when the votes were counted the prosecution fell 10 votes short. It should be stated that former Leader Mitch McConnell voted to acquit while minutes later admitting, in a full-throated condemnation on the floor of the Senate, that the former president was in fact Guilty of everything for which he was charged in the articles of impeachment, and more. This is the Gaudy Mumbo Jumbo used when politicians try to extricate themselves from blame or accountability, and it is shameful.

When politics are so clearly corrupt of truth, equity, justice and accountability, those politicians who continue to straddle the line and attempt to blur the definition of decency, honor, or integrity need to be summarily dismissed, voted out, driven out or otherwise removed from office. ALL of those who will not stand in the gap for American citizens and for the democratic process over their own political ambitions or personal gain are a clear and present danger to our Republic. They are NOT worthy of serving in the People’s House and have indeed lost their conviction for truth and justice. It feels like the scene in The Wizard

of Oz “pay no attention to the man behind the curtain”, where the pretense of the wizard and any powers he possessed, was stripped away and exposed as a fraud. Forty-three (43) Senators in the U.S. Senate are frauds. They pretend to represent the U.S. Constitution and the laws of the land, when in fact they are sold out to a cult of personality and a fake system of justice that allows for LIES to be peddled as truth and for TRUTH to be completely ignored.  All they do is use double-speak and the gaudy mumbo jumbo of the political class. Those 10 senators who KNOW the truth and stood by the LIE will not find rest or comfort. And history will not be nuanced in its condemnation of them in the future.