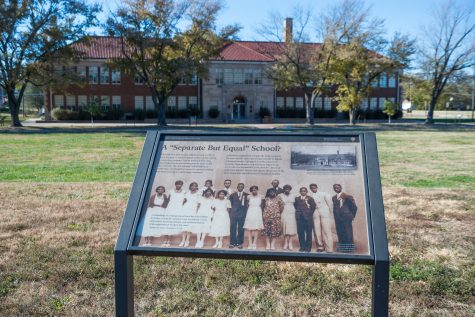 Although many Americans refuse to face the truth about “who we are” as a nation, it has always been clear to Black folks. It has always been self-evident that the platitudes of “freedom, liberty, and equality” espoused in America’s founding documents are not now and never were intended to be inclusive of ALL people. Our nation was built on stolen land and the forced labor of enslaved people. We were founded by white men who didn’t even consider their own wives, sisters, or daughters worthy of sharing equality, the full citizenship, and governance of this nation.  In fact, it would literally be centuries before the rights and privileges of citizenship and shared participation in democracy would include white women, Black men, Native Americans, immigrants, and finally Black women.

“With Liberty and Justice for All…” was never intended to be inclusive of the people who were not white and male. At least, not from the beginning. The long and arduous journey of building this nation has been one of mixed messages and conflicting paradigms. These “Founding Fathers”, and their descendants, systematically and intentionally built barriers, systems, institutions, and embedded policies and practices that continued to protect and empower those same white men and their descendants throughout the centuries all the way up to the present without pause or contrition. So, it is no wonder that we are so divided as a nation standing in this moment of racial reckoning and intense racial animus. White grievance politics have been spiraling out of control for decades culminating in the storming of the U.S. Capitol by an angry mob of white insurrectionists only a few weeks ago.

The massive resistance of white America to the inclusion of non-white people and Black Americans in particular has a long and storied history. After the Emancipation Proclamation was signed in 1863, southern legislatures enacted laws known as The Black Codes which strictly governed newly emancipated Blacks, denying them the rights of citizenship or freedom including voice, enfranchisement or the right to vote. The Black Codes were literally a codified system designed to oppress the voice and personage of Black people. Black Codes were enforced by all white police and state militia forces often made up of confederate veterans. Black people were not allowed the right to buy or own property, marry, make contracts, or testify in court (except in cases involving their own race).  This period in American history became known as the Jim Crow era and these laws were subsequently called Jim Crow Laws. Codified and legal discrimination, segregation, and violence. These immoral and racist laws systematized state sponsored terrorism against Black people and Black communities. This is America.

In 1955 Brown v. The Board of Education was famously argued in the Supreme Court with Thurgood Marshall and Oliver Hill representing the NAACP. The court unanimously ruled that racial segregation of schools in the United States was unconstitutional. A few years prior, a 16-year-old student named Barbara Rose Johns led a student walk out in Farmville, Virginia protesting the horribly deficient school building, facilities, funding and materials that Black students were subjected to in contrast to the white students of Prince Edwards County. After the ruling came down from the Supreme Court, Prince Edwards County shut down the public school system for 5 years rather than have their white children attend school with Black children as mandated by law.

The massive resistance of whites to equality and justice for Black Americans is in the soil of the American cultural landscape. Therefore, people need to stop being in denial and face our problematic racial history. We are at this inflection point of race and racism once again because this is America. White people have always been resistant to equality and equity with Black people in America. Black people have always had to meet that massive resistance with our own force of massive resilience. There has never been a people who have fought so hard for so long in the face of such persistent and unrelenting anti-black racism, and the resistance to recognize our humanity, dignity and absolute right to freedom, justice and equality. But we are a resilient people, and with massive resilience we will win!