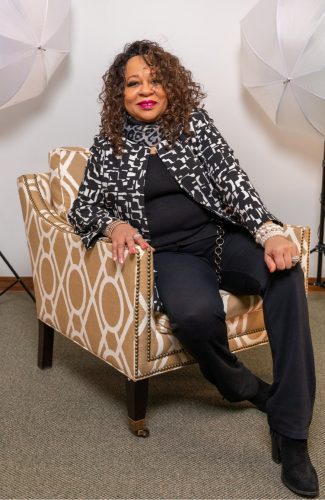 Anyone is eligible to enter and winners will receive a $3,000 prize package. The entry fee is $50 and there will be winners selected for men, women and children. Submissions open on Feb. 1 and close on May 15; the winner will be announced on May 30.

People interested in entering should submit one headshot, one full body shot and a brief biography around five sentences.

Lacy founded Cameo Models Internationale in 1978. She began her agency with university students and department store workers and founded her brand on Christ Centered ideals. Her models don’t participate in liquor or tobacco commercials and her models wear modest clothes for shoots. The “Cameo” in her company stands for Christ, anointing, manifesting, edifying the Lord and opportunity of God’s purpose and plan. Lacy is also a stroke survivor. The illness caused her to step away from the agency for a bit, but nothing could hold Lacy back.

Lacy puts models through five steps to success in her agency. They involve model education, creating a portfolio, registering for a shoot, participating in a runway production and participating in Cameo Models Internationale’s “Discover Me Showcase.”

Cyn’seire Dabney, a 12-year-old from John Rolfe Middle School, has been modeling at Cameo Models Internationale for over a year. He was a top child model at the 2020 Discover Me Showcase.

He became involved with Cameo Models Internationale after meeting with Lacy for breakfast and Dabney has been a natural since then, with Lacy referring to him as an example for the other child models. Dabney said he enjoys modeling for print and wearing nice clothes, specifically dress clothes and jackets.

“I get to show my talent,” Dabney said.

Lacy has a diverse set of models with different backgrounds working at Cameo Models Internationale. Sandra Obeng recently got back into modeling three months ago and has had a positive experience with Lacy’s company. She works as an engineer and hopes to open a technical business one day.

“You can do modeling; you can do engineering,” Obeng said. 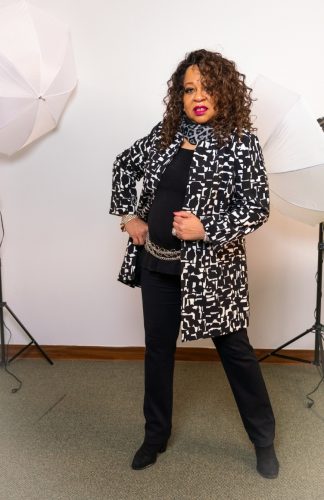 Obeng’s favorite clothing to model is formal dresses, which she often buys from her friends clothing company. Her best advice for hopeful models is to make sure agencies are willing to put their clients’ needs first.

Lacy works hard to train her models. She gives them a handbook of facial expressions and the models practice them at home. Education is one of the key foundations of modeling, according to Lacy. She teaches the models how to walk on runways, control their facial expression and exude confidence, and model Tina Otero agrees.

“This is the place to be to really learn,” Otero said.

Otero is from Baltimore, Maryland and began with Cameo Models Internationale around three years ago. She had been interested in arts her whole life and worked as a production assistant. Otero was hesitant to become a model because she was afraid of not being the right fit but noted that the idea of beauty standards rightfully changed over the years.

“Please, whatever you want to do or be, go for it,” Otero said.

Boyd Leroi from Manassas, Virginia has been modeling for two years and has been with Cameo Models Internationale since April. He’s a theater and speech professor at Virginia Union University and Virginia State University. Leroi emphasized Lacy’s dedication to working safely through a pandemic.

“If you talk about resourcefulness, she is the personification of it and it spills out into the agency,” Leroi said.

Leroi said that modeling classes and meetings take place over Zoom and the only in person contact the team has right now is for photoshoots, where masks remain on unless a subject is actively modeling.

Lacy holds new model auditions about once a month, accepting men, women and children. If an offer is extended, she gives potential clients three days to accept or reject her offer.

“I look for what’s behind every face that I meet,” Lacy said.

Cameo Models Internationale recently established new children’s programming for ages seven to 15. Lacy uses the acronym SHINE to work with the children. It stands for smile, honesty, intelligence, no nonsense and extra effort.

“I look for that willingness to want to be involved,” Lacy said.

In a new year, Lacy wanted to begin with something new to promote her agency and create opportunities for those who may be interested in modeling. Winners of the Pretty Face Contest will be decided by online voting through Urban Views.

“I think the time is right for the Pretty Face Contest,” Lacy said.

UR opens new well-being center to students and faculty