Decency is Good but Justice and Equality is Better 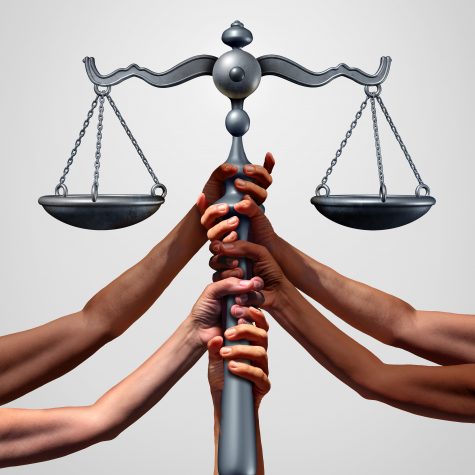 Today our nation will celebrate the “peaceful transfer of power” as Joseph Robinette Biden and Kamala Devi Harris become the 46th President and Vice President of the United States of America. However, the days, weeks, and months leading up to this momentous day have been anything but peaceful. Power was definitely on display the closer we came to January 20th, 2021 at 12:01PM, all kinds of Power. The power of the historic legacy of white supremacy; the power of “a cult of personality” that has defined the presidency of the 45th President of the United States; the power of the state to enforce and apply the laws of the land or conversely, the power of that same state to choose to ignore and circumvent those laws by the arbitrary application of “justice”, depending upon the circumstances and/or which type of citizens are breaking those laws.

The power to deny what is in plain sight, as media outlets of all types broadcast LIVE pictures and video documentation of the bona fide coup to overturn the certification of a fair and legal democratic election. The purpose of the coup was to install an “Autocrat in Chief” with the power to reign and rule. The problem with the latter application of power is that America is a democratic Republic not an autocracy. Our founding principles, enshrined in the Declaration of Independence, the U.S. Constitution, and the Bill of Rights, declare a government by and for the People. It is a representative government in which the rule of law is designed to keep order and gives our government and its duly elected representatives legitimacy by the willful consent of the governed.

The mob that stormed the U.S. Capitol in an attempt to “Stop the Steal,” “Take Their Country Back,” and re-install a president that had already been defeated in a free and fair election are insurrectionists. That mob are law breakers, violent criminals, and traitors to this country. They were foul-mouthed, destructive, boorish and murderous trespassers. For several hours, they created havoc and left blood, bodies and thousands of dollars’ worth of destruction in their wake. The question is “What are the consequences of their actions?” What about “Equal Justice Under the Law?”

Just as a comparison about how the law is applied to some people in starkly different ways, let’s look at the Black Lives Matter protests in Washington, DC this past summer. It must be clearly understood that this comparison is about the law , the application of the law, and the justice system. It is NOT in any way comparing a Civil Rights Movement and peaceful protest regarding equal treatment under the law to an insurrection and a riot, because the two are in NO WAY comparable. That would be known as a False Equivalency! The first is guaranteed by the U.S. Constitution, while the latter is a clear violation of the same and has been openly and clearly documented to be law breaking, rioting, assault, violence, theft, destruction of property and murder. The first example refers to peaceful protesters and the latter refers to domestic terrorists.

America’s arbitrary justice system has been exposed in broad daylight and she remains both unequal and unjust. The foul-mouth MAGA insurrectionists were boorish and uncouth bullies. They were indecent extremists performing many acts of gross obscenities on the U.S. Capitol grounds including, but not limited to, proudly waving the confederate flag, anti-Semitic tropes, nooses, and human feces left out for public display. It is clear that they have not encountered and most probably will not suffer the full force and debilitating power of The LAW because they are white citizens fighting for white power and not Black, brown

and other citizens fighting for justice and equality for ALL People.

Yeah, decency is nice. Having manners and decorum are good too. But without acknowledgement, accountability, equality and justice, all of that “faux decency” and now concern for “unity”  and “healing” instead of Accountability and Justice is PROFANE! WE cannot move on from here without first doing a deep dive into accountability. The stench is too great!

The House of Wonders