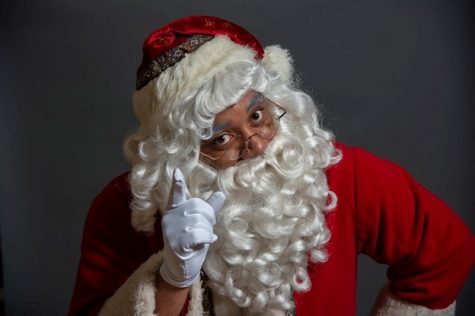 RICHMOND, Va. – William Anderson never thought he would get to be Santa Claus, but his dreams came true this winter through the Virginia Repertory Theatre.

“Santa can look like whatever your imagination can come up with,” Anderson said.

Anderson has worked with the Virginia Repertory Theatre since 2011. He grew up surrounded by white Santas and was excited to portray Santa as a Black man.

“As I got older, the idea of Santa was not a color,” Anderson said.

The Virginia Repertory Theatre is offering virtual Santa visits for five to seven minutes each, Anderson said. Anderson conducts his Santa visits over Zoom and uses a virtual background to provide a cozy fireplace and get into character. All his visits manage to be special, but Anderson thanks the kids for this feat.

“I think that each child is unique.” Anderson said. “Sometimes I get those that are completely shy and don’t want to say anything, so I bring out that playfulness and cheerfulness, others just want to talk.” 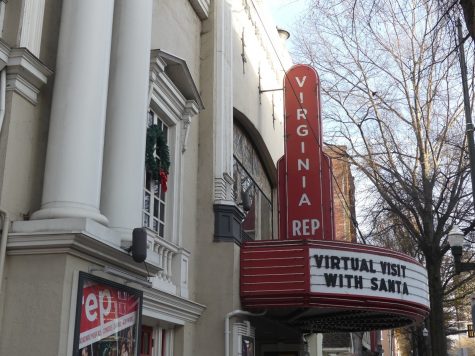 The Virginia Repertory Theatre in the Arts District of Richmond, Virginia. The theatre is closed to the public, according to communications director Liz Nance. Photo by Katharine DeRosa.

Liz Nance, director of communications for the Virginia Repertory Theatre, said the theatre is also live streaming a recording of “Santa’s Enchanted Workshop.” The play was originally meant to be offered in person, but the uptick in COVID-19 causes members of the theatre to change their minds, according to Nance.

“We just saw the trend and decided we needed to take those steps and distribute the video,” Nance said.

The play follows the story of a brother and sister who begin to doubt the existence of Santa Claus, and the pair find their way to Old Nick’s workshop who helps them restore their faith in Christmas magic, according to the theatre’s website. Anderson stars as Old Nick and Santa in the production.

“They have photos and videos of the visit and it just seemed like it was a little bit hand in hand and kind of a nice way to offer those things,” Nance said.

Anderson’s favorite moment from the show is the song “Once You Believe.” He said he wants the innocence and the magic of the event to stay with the children and parents who watch it.

“I’m cheerful, so it was easy to reach in and grab that out and put that into the character of Nick or Santa,” Anderson said.

The Hilton Hotel in downtown Richmond has been hosting a Tea with Santa since 2010, said General Manager John Cario. The hotel is the site of the former Miller & Rhoads department store which began the tradition of Tea with Santa in the 1940s, according to Cario.

The event has been prerecorded this year to accommodate COVID-19 restrictions. The show includes, Santa, his elf and the snow queen. The virtual event includes activities such as writing letters to Santa, creating holiday gift tags and holiday recipes. The document also includes lyrics for people to participate in 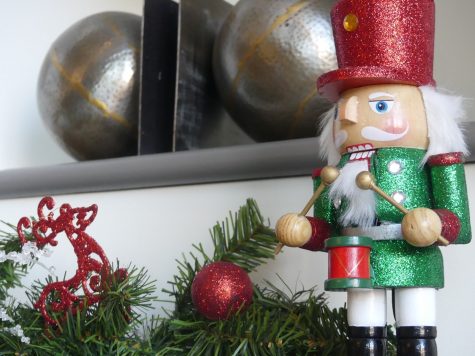 A nutcracker decoration at the Hilton Hotel in downtown Richmond. The hotel is decorated for the Holidays. Photo by Katharine DeRosa.

This year’s elf, Nia Jones is a sophomore at Randolph-Macon University. The criminology and communications major has a background in show choir which she said helps her performances. Tea with Santa is a special event to Jones because her father attended the tea as a kid and her grandmother worked at Miller & Rhoads.

“My job is to be very full of life,” Jones said.

Jones was offered the job through her mother because associates at the Hilton saw Nia’s videos on TikTok, a popular video platform. Jones said she mostly sings and dances, offering a variety of fast and simple dances. During the tea, there are sing-a-longs, baking and Jones teaches the kids one of her TikTok dances.

“There’s always a smile on my face.” Jones said, “I’m always trying to get everyone on the other side of the screen involved.”