It Seems Gratitude is in Short Supply 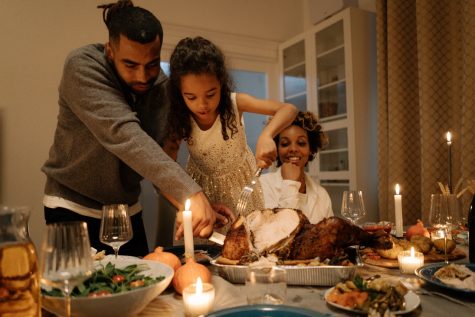 We have arrived at the holiday season and it appears to be, just like the entire year, as strange and disruptive as the rest of 2020 has been. As we come to the close of one of the most traumatizing and abnormal years in modern American history, we are left with the question of, “What else could go wrong in 2020?”

Not only has our national politic been infected with an entire electoral season of vitriol, hatred and venom, our nation is now identified as having the most people dead and infected by COVID-19. We now have over 10 million Americans infected and over 250,000 mothers, fathers, sisters, brothers, grandparents, aunts, uncles and friends dead from the effects of the global pandemic called the coronavirus.

To add to the national tragedy, we have an entire political party and millions of American citizens, including the current President of the United States, refusing to respect the outcome of a very contentious presidential election. Next week it will be a month since the voters of America overwhelmingly chose to remove the current President and replace him with a new president-elect. What makes this reprehensible is that America touts itself as the leader in the “free” world of the democratic process and of Democracy itself.

With all the legal wrangling, denial, handwringing and coddling of the efforts to overturn a free and fair election, America is failing to move forward into the process of securing a peaceful transfer of power. Led by the president of the United States, there is a concerted and public effort to disenfranchise and literally throw OUT the votes of millions of American citizens. These legal and political shenanigans have forever tainted the reputation and stained the fabric of the American standard of “Life, liberty and Justice for ALL!” This is largely due to the fact that the voters whose votes are now being called into question in the search of FAKE Voter Fraud allegations are BLACK American voters! Shame on America and any Americans who have not actively and vociferously spoken out against these clear attempts to say that Black Votes Don’t Matter and neither do Black voters!

Racism is very much alive and well in America and is being displayed in plain sight and in broad daylight! No longer is it hidden by white robes with red crosses in the dark of night, or in backroom clandestine meetings in hushed tones, or by whispered racist claims being discussed by a few so-called white supremacists and their motley crew. No, the sheets are OFF! It’s now openly discussed and supported on Main Street America, from the church house to the state house. All over America, people are remaining silent as the voter suppression train rolls on! It is shameful! It is un-American and it Will Not Succeed!

In this season where we are supposed to be celebrating family and giving thanks, gratitude seems to be in short supply. Let us not be too overwhelmed by grief and loss, or anger about the state of our fractured nation. Let us not focus on what we’ve lost in this past year, although I know the pain of those losses can be overwhelming. Let us in this moment focus on what we have and not what we do not have. It may seem like a trite expression but what is absolutely true is “This too shall pass.” Even though it appears we will never come out of the rough days, weeks and months of the awfulness of the year 2020, we will. We will be able, at

On this Thanksgiving holiday, this time of giving thanks, find something to be thankful for. Tell those you love that you love them. Even in the most difficult of days, it is good to cultivate an attitude of gratitude.

Holiday Spirits to Sip On