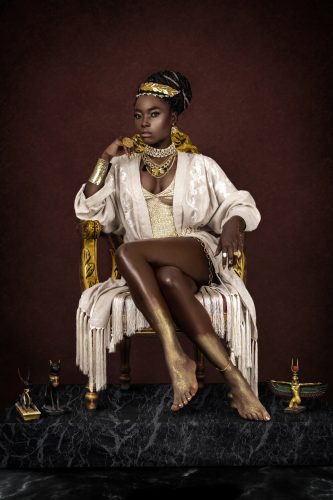 The very conventional response to the statement Black Women Matter is the unoriginal and uninspired quip, “All Women Matter!” And once again it must be stated that if Black women do not matter then NO women matter! Historically, Black women have rarely if ever been acknowledged for the formative role they have played in the fight for equality, women’s rights and the inspiration for the feminist movement. It is not difficult to get most women of all races to acknowledge the misogyny inherent in our culture. Sexism is exacerbated when we get into politics and women in leadership positions at the highest levels continuously face it in all of its forms.

Now that we have arrived in the post-election season of both 2016 and 2020, many fair-minded people will also acknowledge that the candidacy of Hillary Rodham Clinton for the presidency of the United States of America in 2016, regardless of political differences and positions, was fraught with misogyny, sexism and double standards making the political campaign season unfair and unequal, giving her opponent the advantage merely due to the fact that he was male. Even though she was the most qualified of the two candidates and her opponent was seriously unqualified for the job, the voters chose him because the woman candidate had a very poor “likeability” quotient. Really, “likeability” as a rating when considering someone for the highest office in the land and, arguably, the most powerful person in the world? It has never been a qualification when the ballot was all male.

Hillary Clinton was not the first woman to run for President of the United States who had to deal with sexism. Congresswoman Shirley Chisholm ran for the Democratic nomination in 1972. As a Black woman, she was not only subjected to sex discrimination but also racism and racist attacks. She was initially blocked from participating in televised primary debates. When she took legal action, she was “allowed” to make just one publicly televised speech.

Shirley Chisholm entered 12 primaries and secured 152 delegate votes (10% of the total) even though her campaign was seriously under-funded. Some of her most ardent opposition came from the predominantly male Congressional Black Caucus. Congresswoman Chisholm’s legacy has never been given the credit it deserves for the road she paved for ALL women, and particularly Women of Color, in politics.

We are now celebrating the 1st woman ever to be elected as Vice President of the United States of America, an historic and monumental event. Vice President-Elect Kamala Harris delivered an incredible and historic address when she acknowledged that she and President-Elect Joe Biden were ready to lead the nation towards unity and healing. She was dressed in an all-white pants suit to acknowledge the Suffragettes Movement and the 100-year anniversary of the 19th Amendment giving white Women the right to vote. Black women did not get the right to vote until the Voting Rights Act of 1965, and the 14th Amendment of 1968 a good 45 years later.

In her remarks, Madame VP-Elect Kamala Harris talked about the women who came before, those whose shoulders she stands upon. She did mention Shirley Chisholm and other women of color including her deceased mother who came to the U.S. as an immigrant all alone at the young age of 19. After this historic speech, which was both inspirational and aspirational, I began to hear rumblings from white women taking “issue” with the fact that she did not call out the name of Hillary Clinton specifically to give honor and thanks. Really? If you really want me to deconstruct how problematic that critique is right now, I will have to do that in an additional column in a week or two. Suffice to say, to my white sisters and friends, because THIS was not about Hillary and it was not about you. This moment was about BLACK Women and giving acknowledgment and thanks to the fact that Black Women have been the backbone of the movement for equality, women’s rights, freedom and justice from the beginning. And if you cannot give us ALL a moment to say that clearly and singularly at such a time as this…you need to Check your Privilege!

“I want to be remembered as a woman who dared to become a catalyst of change.”

Philanthropy, your legacy within communities of color

Best Jobs of the Future

VA Tax Holiday is back

The Power of Urgency