Red Ribbon Week is celebrated annually each Oct. 23-31. It is the nation’s oldest and largest drug prevention awareness program. 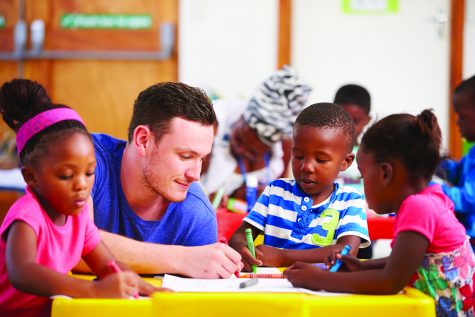 The message is clear: Americans should pledge to live drug-free and honor the sacrifice of those we have lost in the fight against drugs.

According to the Campus Drug Prevention group, Red Ribbon Week was organized to celebrate special agent Enrique “Kiki” Camarena. In 1985, he worked as an investigator following traffickers in Mexico, where he was ultimately murdered. As a tribute, his high school friend, Henry Lozano and Congressman Duncan Hunter created the Camarena Club to honor Kiki. They chose to wear red ribbons and show their opposition toward drugs.

Parents are responsible for educating their children about the risks of substance abuse and staying informed about local trends.

It’s crucial to remain proactive in your kids’ social lives by paying attention to their peers’ interactions. As your child navigates young adulthood and is faced with peer pressure situations, offer guidance with thorough conversations and information.

According to a study by the Partnership for Drug-Free Kids, pop culture plays a significant role in shaping teens’ perspectives about substances.

If you have a teenager in the household, ask for an honest discussion about their drug use views. Rather than attempting to ban them from age-appropriate media, be open about the risks and your expectations of their obligations. If relevant, share a story of someone you know who had a substance abuse problem and how it affected their life.

As an adult, it’s easy to become disconnected from issues your children face regarding illicit substances. Even if you grew up without the urge to try drugs, don’t assume your kids are traveling the same path.

It’s crucial to stay involved in the community and talk with other parents about their concerns about public schools and how children perceive peer pressure.

You can also find a great deal of information by discussing drug issues with local law enforcement. Ask them about warning signs you should notice, and if there is a rise in the community with drugs that may be rampant in teenage circles. It’s also an excellent strategy to stay relevant in your local schools’ events that promote anti-drug policies.

Get to Know Their Friends

According to the American Academy of Child and Adolescent Psychiatry, most teens with substance abuse problems began using drugs or alcohol as a result of peer pressure. Encourage your children to interact with other kids who motivate them to make the right decisions.

Get to know their friends by being involved when they hang out and invite their closest peers and families to get-togethers or vacations. 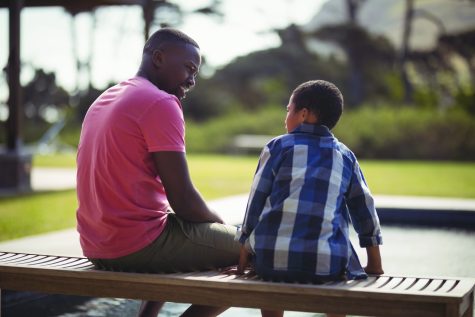 The topic of drug prevention can be a challenging conversation to begin with, especially for young children.

However, these essential discussions are imperative to show kids the dangers of experimenting with dangerous behavior and hanging out with the wrong crowd. As a parent or guardian, you are a child’s biggest influencer. With words of encouragement, you can enhance their childhood and set them up for success as an adult.

Many moms and dads may be hesitant to have the talk until they believe their children are old enough to make poor decisions. A crucial factor to remember is that a drug-free life isn’t solved with a single conversation.

You must incorporate honest dialogues frequently and evolve them as they grow. Here are some tips to remember to help you form a strategy for drug prevention, as suggested by the Partnership to End Addiction.

Here are more ideas from the organization to promote drug awareness at an early age.

While the topics of drugs will be too involved for a preschool aged child to grasp, use the time to lay the foundation for healthy habits. For instance, encourage them to take a daily vitamin and express the benefits of how it helps them develop. Then, discuss how they should only trust the vitamins that are provided by a trusted adult. Taking medicine from someone else or ingesting too many can be dangerous.

Your child will likely question things they see on television or throughout their daily lives. Be honest and open about their inquiries on anti-drug commercials they witness or words they hear in school. Make sure to discuss the difference between illegal drugs and medicinal uses to avoid building a fear for helpful remedies. As a parent, you should also be mindful of your behaviors’ impact on their development.

Open Letter from Norm Gold of The Market @ 25th