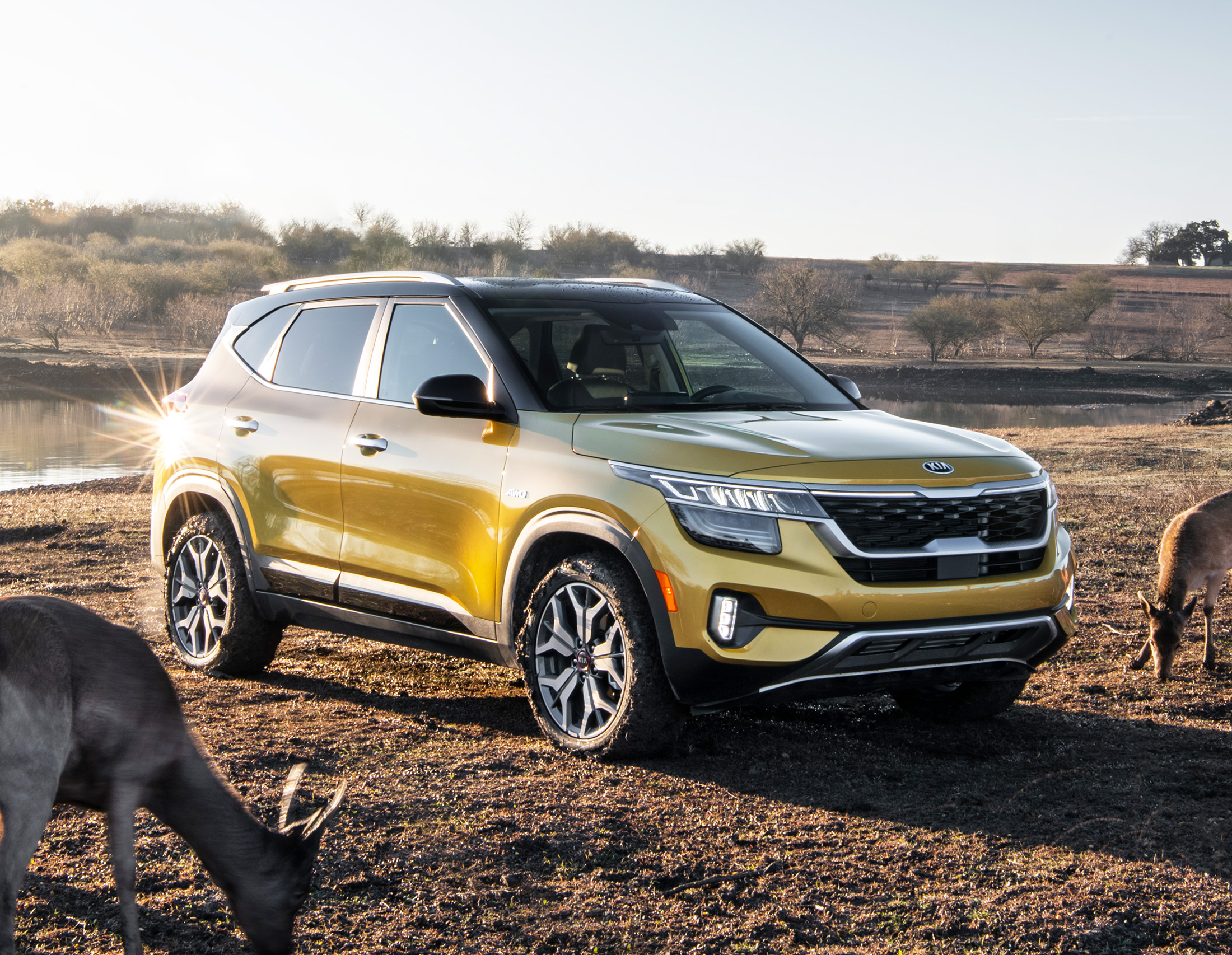 The Kia Seltos has some styling influence from its larger sibling, the Telluride. This new-for-2021 vehicle intends to deliver a good value to SUV shoppers.

Kia aims to continue its momentum in the SUV market with an all-new vehicle called the Seltos.

Slotting just above the small, square Soul in Kia’s lineup and just below the more traditional-looking Sportage, the Seltos fills an infinitesimal gap in dealer showrooms. It’s a slightly different flavor of small SUV: one that looks rugged and truck-like on the outside but drives, performs and is priced more like a compact car.

Kia is quick to point out similarities between the Seltos and the Telluride, the brand’s spectacular hit in the marketplace that’s much larger and more sophisticated. The Telluride is one of a handful of vehicles actually selling better this year than it did in 2019, despite the pandemic.

There are some resemblances between the Telluride and the Seltos, both inside and out. But if the Telluride is a home run, the Seltos is more of a solid double, as I see it.

The upright, muscular, squared-off shape is one of the similarities. The Seltos manages to successfully walk a tightrope between old-school, truck-like looks and a sleek, sporty, contemporary shape. It’s eye-catching without being off-putting.

The interior design is another. Like the Telluride, the Seltos has an easy-to-use infotainment system accessed through a large touchscreen mounted at the top center of the dash. It also has physical buttons for redundant controls, making it easy to do things like change the radio station or adjust the temperature without traversing through the digital wilderness of a touchscreen.

Unfortunately, that’s where the similarities stop.

Kia says the Seltos’ “on-road experience harkens to Telluride levels of refinement,” but that’s a gross exaggeration. The bigger, pricier Kia SUV legitimately drives like an expensive luxury SUV, which is why it’s selling briskly even in the toughest new-car market in more than a decade. 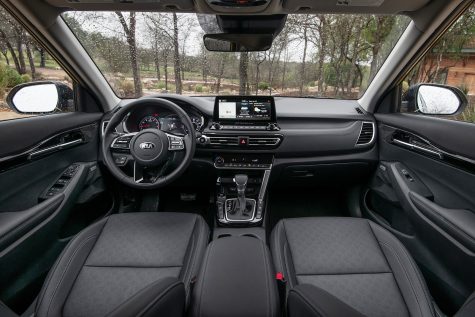 The Seltos’ modern interior is punctuated by a large touchscreen mounted above the center stack. Kia’s infotainment system is impressively easy to use.

The Seltos drives more like a competent small to mid-size car. The experience is above average, especially with the 175-horsepower, 1.6-liter turbocharged engine upgrade that’s paired with a seven-speed, dual-clutch transmission, but it’s not luxury-car smooth.

If you like a responsive drivetrain in a small SUV, this is one of the best. If you like fast acceleration, though, it feels merely adequate, not quite matching the body’s muscular looks.

The base engine — a naturally aspirated, 146-horsepower, 2.0-liter four-cylinder mated to a continuously variable transmission — is slower. Fuel economy is rated at 29 mpg in the city and 34 on the highway.

Still, the engine I’d pick is the turbo. Even with all-wheel drive, it manages to hit 30 mpg on the highway, according to government testing. That’s a good balance of efficiency, speed and practicality.

The Seltos also aims to deliver impressive bang for the buck, and you can see that in the equipment included at every price point. With all the goodies added, it tops out around $30,000. It starts under $22,000 for bargain hunters, but I actually think the higher-end trims are the better deal. It packs a lot of content per dollar.

Some examples are the eight-speaker Bose sound system, Apple CarPlay and Android Auto, wireless charging for your smartphone, and a long list of active safety features. It can apply the brakes to discourage you from hitting another car in your blind spot, for example, and use sensors to follow lanes and adjust with the speed of traffic. Its semi-autonomous driving system is one of the most refined I’ve driven in an affordable vehicle.

Pricing starts at $21,990 for the S grade with front-wheel drive or the more stripped-down LX grade with all-wheel drive. It’s your choice for the same price.

It has an ideal mixture of rugged looks, desirable equipment and affordable pricing. Its optional seven-speed, dual-clutch transmission gives it a responsive driving feel.