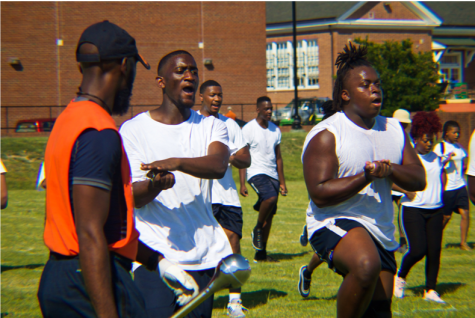 In just a few weeks, football season at Virginia State University will be underway; this means immense tailgates, big plays up and down the field, and loud crowds from far and wide. On top of all of this is an important aspect to football games that shouldn’t be overlooked.

Virginia State University’s Trojan Explosion, the school’s premier marching band, adds the perfect amount of excitement and talent to football season. Comprised of instrumentalists, Essence of Troy dancers, Satin Divas flag and the Troy Elegance twirlers, the Trojan Explosion brings on an HBCU tradition like no other.

The esteemed band began its run as the “Marching 110” in the 1960s and changed to the “Sounds of Distinction” later in the 70s. In 1984, Harold J. Haughton, Sr., a new director out of Jackson State University, moved to VSU. Here, with the help of James Holden, Jr., the two began to make major changes in order to rework the band. As the music department began to grow, the marching band was renamed the “Trojan Explosion”, and has remained so to this day. 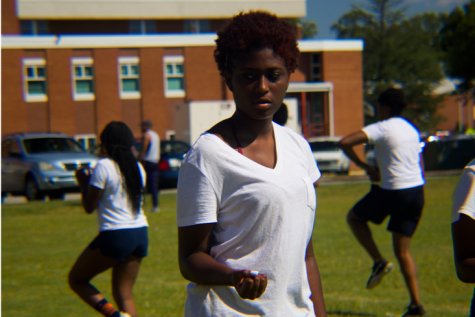 Band member watches her section leader as she demonstrates her marching technique. Photo by Madyson Fitzgerald.

The Trojan Explosion would go on to earn many honors and accolades. Under director Mark W. Phillips, the band was chosen to attend the Honda Battle of the Bands for nine years straight. Also, in 2010, the drum line went to the White House to perform for then president Barack Obama during the signing of the HBCU Funding Bill.All of these achievements and more prove that the Trojan Explosion is a force to be reckoned with in the world of HBCU marching bands. However, what might be most important is how the marching band impacts Virginia State and its surrounding community.

Individually, the band has influenced many of its own people. Demi Dorsey, a Satin Diva in her sophomore year, said that the marching band personally keeps her focus on her classes. “The band keeps me out of trouble and keeps me focused on school work. I know I have to have a certain GPA to stay in the band, so it pushes me to keep my grades up,” Dorsey explained. “My grades are first-academics are first- and band comes second.”

Aria Pimienta, the band’s senior piccolo section leader, explained that she went out of her way to be friendly to other band members at band camp, especially freshmen. “I always want to make everybody feel like they’re at home,” Pimienta said. “This [the band] is where they’re going to be for most of their fall semester, so when I talk to freshmen, I’m still watching them, but I make sure they know that if they need someone to talk to, they can come to me. I like to be like a mentor-type person.”

Students who aren’t in the band see the dedication that band students put in, both in camp and during the season itself.

“Most people see the hard work that we put in. They’ll say ‘I can’t do that’ or ‘I don’t know how you do that’. They know that we put in a lot of time and are more hype than anyone,” sophomore piccolo player Ciara Walton said. 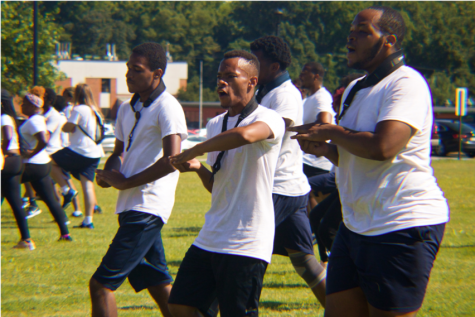 HBCU marching bands are not simply known for their music; it’s a full production. James Oliver, the band director for the Mighty Marching Hornets of Alabama State University put it this way to AP News in a recent article: “HBCU marching bands are so much more different than the corps-style bands. It’s entertainment on a whole other level.” From the flashy uniforms to the polished instruments and even the hip-hop hits that are incorporated into their routines, HBCU halftime shows are more than music, but an experience that black colleges will hold on to for years to come.

“We honestly bring the school spirit; we create that vibe, we make the football games an experience, we’re the highlight of the homecoming parade and other things of that nature. Without the band, you wouldn’t hear the fight song. We just make it more of an experience than just sitting at a game,” junior Franklin Chapman, one of the drum majors, explained.

As of now, the marching band is finishing up an intense two weeks of band camp in order to be prepared for the season. Virginia State’s home opener will be on September 14 vs. University of NC at Pembroke for their Military Appreciation Game at 6 pm. The Trojan Explosion will also make its football season debut for the year.

On the whole, HBCU marching bands are what holds both football season and other events together. They bring the excitement, tradition and talent in all that they do. Virginia State’s Trojan Explosion is particularly ready for another successful year.

Bang for the Buck