The History Behind Hampton’s Fort Monroe 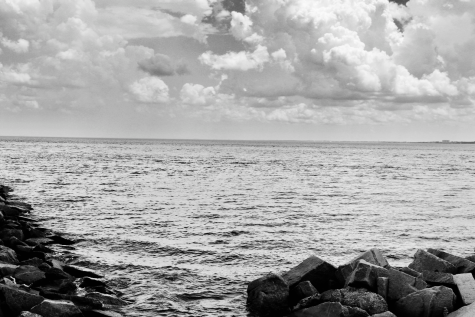 From distant lands, across these waters, the first Africans arrived at this location in August 1619.

When you think about the history of Virginia, what important places come to mind? You are probably wondering about places such as Williamsburg, Yorktown, and Jamestown. But, you may not be aware of another place in Virginia that has just as much historical significance as the previously mentioned cities: Fort Monroe. As a military installation in Hampton, Virginia, Fort Monroe has been the setting of many important moments of history that have impacted the events of today and beyond. 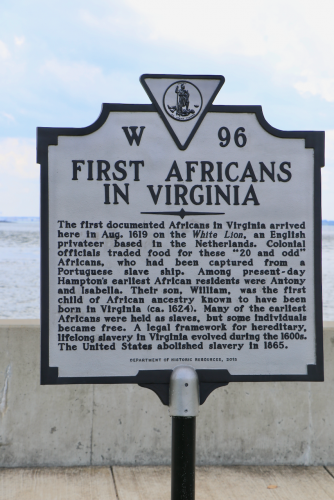 In the early days of the Virginia colony, Captain Christopher Columbus and Captain John Smith recognized that the site of Fort Monroe has a smart strategic site for defensive purposes. The two captains ended up building defensive fortifications on the site, to deter other travelers from landing onto the colony. At the time, the site was named Old Point Comfort.

Fort Monroe also played a large part in the institution of slavery, as being the setting of the first documented arrival of African slaves in North America. In a letter from John Rolfe to Sir Edwin Sandys in 1619, Rolfe reported to Sandys about “20 and odd negroes” that landed at Jamestown. The English had attacked a Portuguese slave ship called San Juan Bautista, and in turn, took over the “property” on that ship. Slavery was not a legal institution yet in America, which led to the Africans being considered as “indentured servants” by the Englishmen. But, this arrival is considered the beginning of slavery in North America. Later on, in 1776, slavery became law and was made legal in all thirteen colonies. 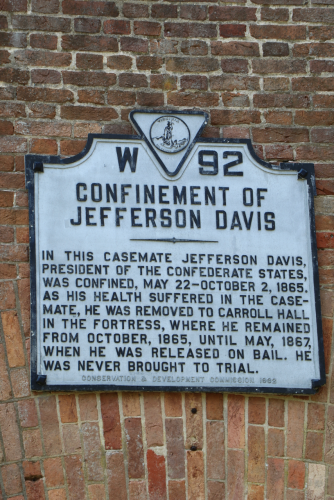 In the Civil War, Fort Monroe also played a large part. Although Virginia was a part of the Confederacy, Fort Monroe was controlled by Union forces. Many different journeys taken by sea or land throughout the Civil War began at Fort Monroe. In 1861, Major General Benjamin Butler made the controversial decision of establishing the “Fort Monroe Doctrine”, which made male slaves who escaped onto Union territory “contraband of war”. Because of this, the slaves did not have to be returned to their owners. This is in light of the Fugitive Slave Act of 1850, which required that all escaped slaves, upon capture, had to be returned to their owners. Beginning with slaves Frank Baker, Shepherd Mallory, and James Townsend from Elizabeth City County, thousands of slaves across the Confederacy began to escape and seek refuge at Fort Monroe. As the community of former slaves began to grow at Fort Monroe, the fort gained the nickname of “Freedom’s Fortress.”

This sudden influx of African men led to an important shift during the Civil War that was crucial in the Union’s eventual victory. Harry Jarvis, an escaped slave, found his way to Fort Monroe in 1861. Once he arrived on the fort, he insisted that Major General Butler should let him enlist. At first, the general said no, stating that “it wasn’t a black man’s war.” Jarvis then said to General Butler, “I told them it would be a black man’s war before they got through.” This initial conversation led to African American men becoming a key part of Union’s forces. By the following fall, the Union ended up building the Great Contraband Camp near Fort Monroe to house the families of the African American soldiers. This was the first of hundreds that were built across the Union. 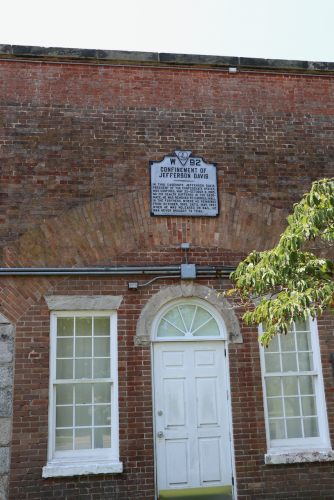 Additionally, this event led to the creation of the Freedmen’s Colony of Roanoke Island, founded by Union Major General John G. Foster. This colony began as one of the many contraband camps that sprung up throughout the Union. But, as time went by, the colony grew into something much greater. At its largest, the colony housed almost 4,000 freed African Americans. The African Americans that lived here were paid for their work and had the opportunity to seek further education.

The Story of Mary S. Peake

One of the many people hoping to foster that yearning for knowledge was Mary S. Peake. Born free in Norfolk, Virginia, Peake studied to become a teacher. After Nat Turner’s Rebellion in 1861, the Virginia General Assembly passed a law that made it illegal to teach slaves or free blacks reading and writing. In spite of the risk, Peake began teaching slaves and free blacks about those subjects in secret. She believed in the importance of education, especially concerning the African American community. Later on, at Fort Monroe, Peake was hired by the American Missionary Association (AMA) to teach the free black men, women, and children at the fort. Peake then became the association’s first black teacher. In the fall of 1861, she then started a school for children of former slaves and held classes under what is known now as Emancipation Oak. At first, Peake only had about a half dozen students. Over time, the class grew to about fifty or sixty students. Peake also began to teach adults as well at night.

As Peake’s classes grew, the AMA granted her use of the Brown Cottage, which later became the first building of Hampton University. Later that year she contracted tuberculosis, but she continued to teach through her illness. On February 22, 1862, Peake died from tuberculosis. Today the Mary Peake Center of Hampton Public Schools, as well as Mary Peake Boulevard, were named in her honor.

How Fort Monroe is Today 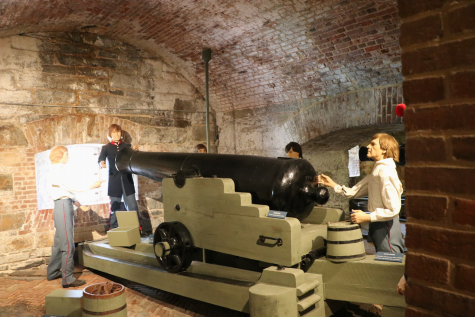 Today, Fort Monroe is a historic landmark that includes beaches, fishing piers, and the Casemate Museum. The museum focuses on the fort’s significance throughout the Civil War, chronicling its military history and showcasing the room where Jefferson Davis, the only president of the Confederate States of America, was held as a prisoner. On November 1, 2011, President Obama utilized a Presidential Proclamation to designate Fort Monroe as a national monument. He utilized this power under the Antiquities Act of 1906, which gives the president the power to preserve natural or historic landmarks on federal lands.

For more information about Fort Monroe, you can visit its page on the National Park Service’s website as well as the fort’s website.

How to raise our children to become philanthropists-Part One